When Is Jeen-Yuhs Part 3 Coming Out: Time & Speculation 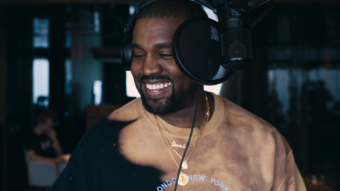 Assuming you have already watched the first two parts of the film, it will take you about four hours to finish. The last installment in the three-part series will address several of West’s most recent controversies.

Expect Part 3 to be another excellent episode, as we get up to speed on the current version of Ye that everyone knows. The film has gotten fantastic reviews and may well end up being Netflix’s most-watched titles of the season. When Is Jeen-Yuhs Part 3 Coming Out: Time & Speculation.

Jeen-Yuhs continues on Netflix worldwide on Wednesday, 2 March with part 3. As the first episode was published on February 16, subsequent episodes will be released every week.

The action comprises of four parts, each of which is about 80 minutes long. The third part will be accessible beginning at 3 a.m. ET and ending at midnight, PT, worldwide time differences permitting.

Because of the various time zones, it will be available to UK viewers at 8 a.m GMT, which is later than in mainland Europe where you can watch the final episode from 9 am.

As a result, it’s no surprise that the series will premiere on Australian televisions slightly later than previously anticipated: 7 pm local time

The film was produced by Coodie Simmons and Chike Ozah. Over the last 20 years, they’ve chronicled West’s highs and lows.

Yesterday, February 23, Part 2 of Ye’s Donda Experience show premiered on Netflix just a day after it took place in Miami at LoanDepot Park. Pusha T, Migos, Jack Harlow, Playboi Carti, and Alicia Keys were some of his unplanned guest appearances.

Since part 2 ended in 2004, we’ll have a lot of catching up to do in part 3, which should catch us up with today’s West.

The conclusion will see Ye’s support for Donald Trump and his own presidential campaign in 2020. The Yeezy fashion label’s debut and the birth of his children will also be chronicled by cameras.

Fans will learn more about his deteriorating mental health and failed marriage to Kim Kardashian, however they will also get an insight into his failing relationship with reality television.

In the third part, Kanye West’s emotions may become more intense; as he grieves for his mother, Donda West. The conclusion of the dramatic three-part series will be a heartrending rollercoaster ride; so hold on to your hats for 2 March.