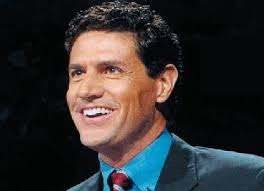 Who is Jack Ryan? He is an American former investment banker and politician. He ran against Barack Obama in the 2004 Illinois Senate race but dropped out after his divorce records were disclosed to the public. Ryan launched 22nd Century Media, a news media company dedicated to providing hyper-local news in both print and digital media formats, in 2005. Tune in bio and explore more about Jack Ryan’s Wiki, Bio, Age, Height, Weight, Wife, Net Worth, Family and many more Facts about him.

What is the net worth of Jack Ryan? Ryan’s net worth was in the tens of millions, in 2000. Starting in 2005, he ran a news media company, 22nd Century Media.

What is the wife of Jack Ryan? Ryan married actress Jeri Ryan in 1991; together they have a son, Alex Ryan, born 1994. They divorced in 1999 in California.