Who was Isla Caton? Dies After Heroic Cancer Battle 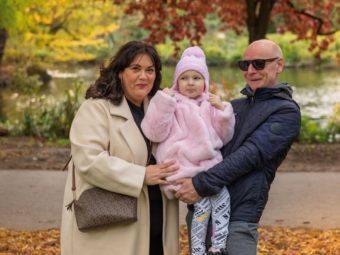 Tributes are pouring in for Isla Caton, a young West Ham supporter who died from cancer at the age of seven. In 2021, Isla’s incredible battle with uncommon childhood neuroblastoma made headlines as many people contributed to a Just Giving page to assist with her treatment.

Isla was only six years old when she died, and her death comes just a few weeks after the news that Tyson Fury and Declan Rice had rallied support. Isla’s parents announced her tragic passing on Twitter Tuesday, tweeting: “Isla has sadly passed away due to leukaemia.”

“It is with the heaviest of hearts that we must notify Isla passed away early this morning, it was very serene and surrounded by the constant love of Nicola, Michael & Millie.”

Who was Isla? Continue reading to learn more about the young Hammers supporter who touched so many people.

Who was Isla Caton?

Isla, a seven-year-old girl from Hornchurch, Essex, was born into a West Ham fan’s family and developed cancer. Her battle with cancer caught the attention of the club.

Isla, who was born in Spain and has Irish heritage, was diagnosed with neuroblastoma, a rare type of cancer that primarily affects infants and young children.

Isla was treated at Great Ormond Street Hospital in London as well as at other facilities around the world, undergoing several operations, chemotherapy, radiotherapy, and other therapies.

Isla’s parents launched a campaign in May 2017 to raise money for life-saving therapy in the United Kingdom, Spain, and the United States. The Just Giving web page, which was closed in September 2021, raised £642,308 in total.

Tyson Fury, BBC presenter Ben Shephard, rapper Guvna B, and football player Declan Rice all rallied support for the campaign. Nicola and Michael learned in December 2021 that Isla’s treatment had lost its effectiveness, and so they terminated it.

Wilbur Soot age: How old is the YouTuber and musician?

To ensure that Isla’s remaining time was filled with unique memories, a new fundraiser was established to make sure she received the attention she deserved. As of now, £87,268 has been raised through this initiative.

The Hammers’ tribute to Isla was published on Tuesday (January 25th): “Everyone in the West Ham United family has been devastated by the passing of brave young Hammer Isla Caton.”

“The Club shares the deepest sympathies of everyone with Nicola and Michael, Isla’s family and friends at this tragic time.”

“Isla passed away at 3:15 a.m. on January 25, 2022, surrounded by those who loved her… Isla’s battle has ended, but her memory and legacy will endure forever. Rest in peace, Isla.”