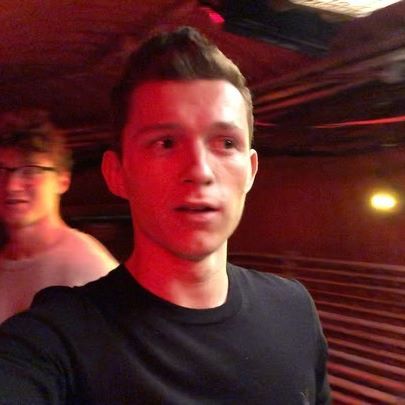 What’s more, it seems that the newest Spider-Man, Tom Holland, is on his way to making millions. He has established himself as a popular Marvel character in only a few films, including Infinity War and Endgame. Since the 2019 release of Spider-Man: Far from Home has already surpassed $1 billion in worldwide box office takings, it was only justifiable that Joe would begin to gain rewards for himself as soon after as possible.

So, how much money has Tom Holland made from his so-far limited but lucrative appearance in the Marvel cinematic universe?

How Much Has Tom Holland Made From The Spider-Man Franchise?

Overall, Tom Holland is believed to have earned around 15 million dollars with his contributions to Spider-Man. Our beloved Peter Parker appears poised to achieve great things in the future.

His first appearance as Spider-Man was in Captain America: Civil War, where he only appeared briefly. It is said that for his parts, he didn’t do much more work throughout the day. In the end, the check wasn’t too bad, since Holland received a $250,000 salary for replacing Andrew Garfield in his debut role. It wasn’t until the next year that we got to see Holland don Spider-Man’s suit for the first time in Spider-Man: Homecoming. This was one of Marvel’s most profitable Spider-Man movies, and it’s safe to say that Holland had a hand in its success. For this, Holland was paid double what he earned previously and received a fat $500,000 payment for his role as our new and beloved Spider-Man. It’s clear that he’ll be taking over!

What is Tom Holland’s net worth?

What is Tom Holland’s net worth? Holland has a net worth of $18 million, according to Celebrity Net Worth. He’s also appeared in films like The Impossible, Onward, Cherry, and Uncharted as well as TV shows like Project MC2 and Spies of Warsaw. Aside from his acting career—which includes acting in Billy Elliot the Musical and movies such As Doolittle—Holland has done endorsement deals with companies like Marks & Spencer.

In an interview with Variety in 2021, Holland opened up about how Spider-Man changed his life. “Yeah, there’s three stages of life changing. It’s weird. The audition process was horrible… You’re waiting and waiting, and then, eventually, I got a screen test in Atlanta,” Holland said. “I flew out to Atlanta, and there was me and six other kids, and Downey was there, so we all tested with Downey, which was crazy.”

He continued, “Then they called us back, and we had to do a fight with Chris Evans. By that point, it had been an amazing enough of an experience that if I hadn’t got the part, I would’ve felt like I’d at least achieved something to get to that point.” It wasn’t until he was announced as Spider-Man in the news that Holland learned he had been cast in the role. “I broke my computer, because I flipped it up in the air. It fell off my bed; my dog went nuts,” he said. “I ran downstairs. I was telling my family, ‘I got the part! I got the part!’”

Will Tom Holland Continue As Spider-Man?

The good news for the Holland fans is that not only has himself and Marvel already confirmed his presence in the next Spider-Man film, but it’s also been reported that he’ll be seen in several more.Holland “joked” to Variety that he was under contract for at least another dozen movies. While this might be an overstatement, Holland was adamant about continuing in the part as long as possible.

Watch the official teaser Trailer for No Way Home below: