How much did Jake Paul make after fighting Tyron Woodley? 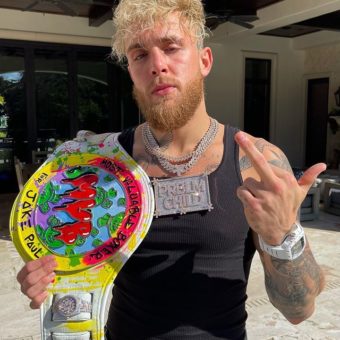 The rivalry between Jake Paul and Tyron Woodley has ended, but just how much money did the YouTuber make from it? After deciding to cancel his appearance at the event due to health issues, Tyron Woodley opened the door for a rematch with Jake Paul.

Fans were hoping the second battle between Jake and Tyron would yield different outcomes, given that Jake had won the first encounter. They were incorrect, though.

How Much Did Jake Paul Make?

Jake was paid $2 million for the bout, according to MMA Junkie. After the fight with Tyron was announced, the YouTube star appeared certain of his victory. In reality, he didn’t avoid expressing it on social media.

Meanwhile, Tyron was likewise confident in his ability to knock out Jake this time around, as he seemed certain. Like Jake, Tyron was paid $2 million for the bout. However, his contract now stipulates that he will receive a $500,000 bonus if Jake is knocked out.

A Look What Happened At The MMA Event

Tyron and Jake’s return bout was eagerly anticipated by the fans. The UFC player, on the other hand, was knocked down shortly into the event. In the first round, Woodley earned his point despite relatively little activity. Jake and Tyron put up a good fight in the second round, but it was YouTuber who won that round.

Tyron fought Jake in the last round, and as a result of his previous experience, he was able to win the third. However, in the fourth and fifth rounds, Jake worked hard to finish the fight with a knockout. He succeeded in round six.

How Many Fights Has Jake Won Till Now?

In total, Jake has won five fights and never lost any fight. Moreover, at the starting, the youtuber has been very open about his fighting career.

Speaking to TMZ, he said: “I just want to continue to be the most disruptive boxer in the history of the sport, and I think it’s taking it on a fight by fight basis and continuing to build these fights and make them even bigger, and take on more serious opponents.”

He continued: “Look, if you asked me if I was going to be where I’m at three years ago, I wouldn’t believe you, so I don’t even want to think about or cap myself with possibilities. I’m open-minded and I think anything’s possible.”