How long has Zendaya been dating her co-star Tom Holland? 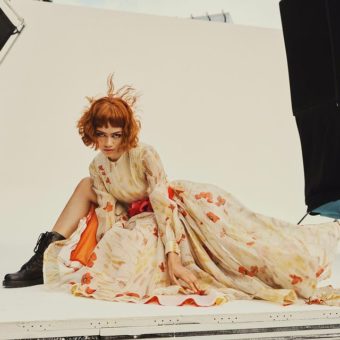 Zendaya and Tom Holland are a popular topic of discussion online following the release of Spider-Man: No Way Home. In the series, they’re on-screen lovers and have been shipped in real life ever since they were cast in the movies in 2017.

They have been denying any romantic relationship between them for years, and they’ve said it on numerous occasions that they’re just pals. However, fans were still certain that there was a spark between them… They were correct!

When did these two become an item in real life? When did they start dating, exactly? Here’s the timeline…

How Long Have They Been Dating?

We don’t know when Zendaya and Tom Holland became an item, but they were dating in July 2021. While parked in the Silver Lake region of Los Angeles, Tom’s Audi was seen kissing with Zendaya’s mother nearby.

On the following day, Tom was seen leaving his mother’s home, which indicates they were dating.

The pair made their Instagram debut in September 2021, when Tom uploaded a cute shot of them for her birthday.

Alongside the photo, he wrote: “My MJ, have the happiest of birthdays. Gimme a call when you’re up xx.”

On October 18th, he uploaded a black and white snap of Zendaya to the Dune red carpet.

In the caption, he wrote “Dune” with a heart eyes emoji.

Zendaya and Tom had kept their relationship a secret, so when the InStyle reporter asked her if she was dating him, she responded noncommittally. However, they decided to keep their romance under wraps, and when asked about Tom in an interview with InStyle, Zendaya didn’t offer much information.

“He’s a fun time. Very charismatic, can make anybody feel comfortable and have a good laugh and a good chat. A good chat – I sound so British,” she said.

Tom posted another photo of Zendaya on Instagram in November and called her “the most incredible person”.

Finally, in an interview with GQ on November 17th, Tom opened up about the relationship.

“A moment that you think is between two people that love each other very much is now a moment that is shared with the entire world,” he said in reference to the photos of them kissing in the car.

He then revealed exactly why the pair choose to keep their relationship private, saying:

“I’ve always been really adamant to keep my private life private, because I share so much of my life with the world anyway. We sort of felt robbed of our privacy.”

“I respect her too much to say… This isn’t my story. It’s our story. And we’ll talk about what it is when we’re ready to talk about it together,” he continued.

They were later seen cuddling at the premiere of Spider-Man: No Way Home in December. On the red carpet, Zendaya stepped out in a black mesh spider web dress, and Tom wore a brown double-breasted suit.