When did Holly Madison start to date Hugh Hefner? 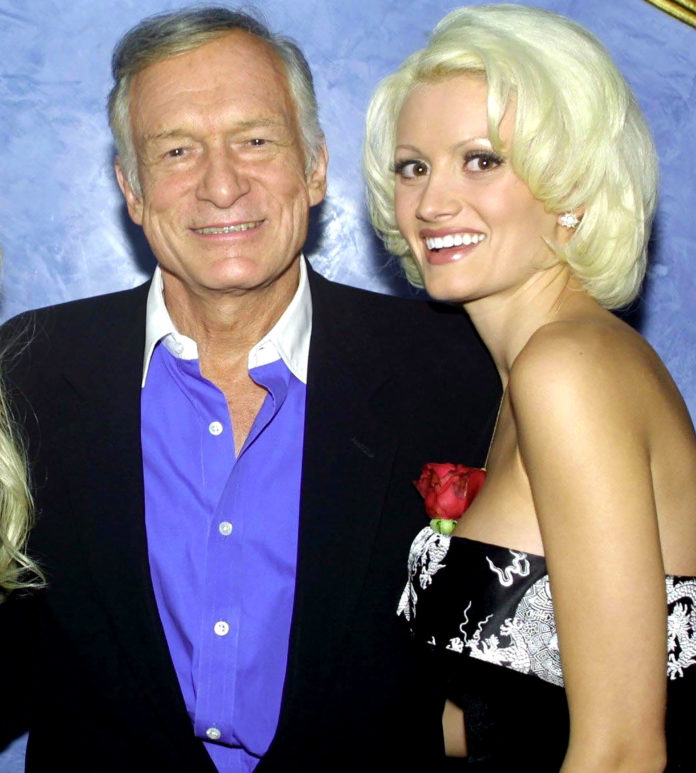 Madison was a beautiful young woman who aspired to be a model when she was still in her teens. Madison pursued fame and money when she was 20, and she met Playboy founder Hefner during that period.

Madison quickly won Hefner’s favor, and after about a year of dating, she moved into the Playboy Mansion, becoming one of Hefner’s “primary” girlfriends. When did Holly Madison start to date Hugh Hefner?

How tall is Holly Madison? She stands 5 feet 10 inches tall and weighs around 56 kilos. Moreover, she has got blonde-colored hair and hazel colored eyes. Her body measurement are 37-26-42 Inches. She wears a bra cup size of 36 BB.

After the reality TV series The Girls Next Door premiered in 2003, Madison became a phenomenon. The show chronicled the lives of three women who were dating Hefner at the time, including Madison, Kendra Wilkinson, and Bridget Marquardt.

The reality television show was a success, glamorizing the idea of life in the Playboy Mansion. However, things weren’t as wonderful as they appeared – and Madison broke up with Hefner in 2008. She left the Playboy Mansion not long after.

What did Holly Madison say about her ‘cycle of misery’ dating Hugh Hefner?

In the years since ending her association with the world of Playboy, Madison has talked openly about how toxic her relationship with Hefner truly was—and what she has learned in retrospect. In a brand-new docuseries, “Secrets of Playboy,” Madison talked about the unhealthy cycle that she was stuck in.

According to an insider, “There was a time when I felt really low. I didn’t feel like there were many alternatives. After we’d all gone out and come back in, one by one, and then left again, I was in the bathtub and just wanted to commit suicide.”

Madison went on to say “I just felt like I was in this cycle of misery. And those feelings would never last long, but you have those moments, like, ‘What did I gain from this experience?’”