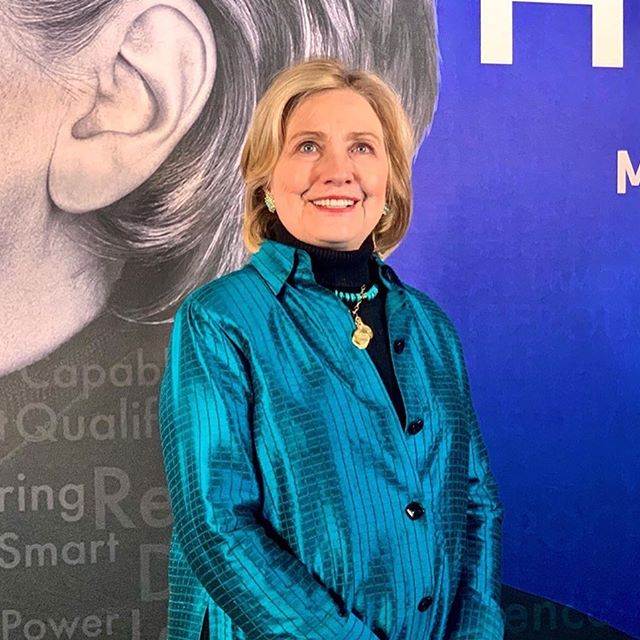 How old is Hillary Clinton? At present, she 72-years old. Her birthday falls on October 26, 1947 in Chicago, IL. Her sun sign is Scorpio. In addition, she campaigned for Republicans Richard Nixon and Barry Goldwater while serving on the student council at Maine East High School.

Who is the husband of Hillary Clinton? She married the 42nd President of the United States Bill Clinton in 1975. She also has a daughter, Chelsea, who was born in 1980.

Hillary Clinton birth name is Hillary Diane Rodham. She was at Edgewater Medical Center in Chicago, Illinois. She was raised in a United Methodist family who first lived in Chicago. When she was three years old, her family moved to the Chicago suburb of Park Ridge. Her father, Hugh Rodham, was of English and Welsh descent, and managed a small but successful textile business, which he had founded. Her mother, Dorothy Howell, was a homemaker of Dutch, English, French Canadian (from Quebec), Scottish, and Welsh descent. She has siblings as well. Clinton has two younger brothers, Hugh and Tony. As of education, she attended South High School. She graduated in 1965 in the top five percent of her class.

She co-founded Arkansas Advocates for Children and Families. She was appointed the first female chair of the Legal Services Corporation in 1978, and became the first female partner at Little Rock’s Rose Law Firm the following year. Clinton was the first lady of Arkansas from 1979 to 1981 and again from 1983 to 1992. She has been listed twice on the list of the 100 most influential lawyers in America. In 2000, Clinton was elected as the first female senator from New York. She was re-elected in 2006. Her 2003 autobiography, Living History, sold more than one million copies in its first month and earned her a Grammy nomination for Best Spoken Word Album for the audio recording of the book.

In 2016, Clinton made a second presidential run. After winning the Democratic nomination, she ran in the general election with Virginia Senator Tim Kaine as her running mate. Clinton lost the presidential election to Republican opponent Donald Trump in the Electoral College despite winning a plurality of the popular vote. After her loss, she wrote her third memoir, What Happened, and launched Onward Together, a political action organization dedicated to fundraising for progressive political groups. She is the current chancellor of Queen’s University Belfast in Belfast, Northern Ireland.