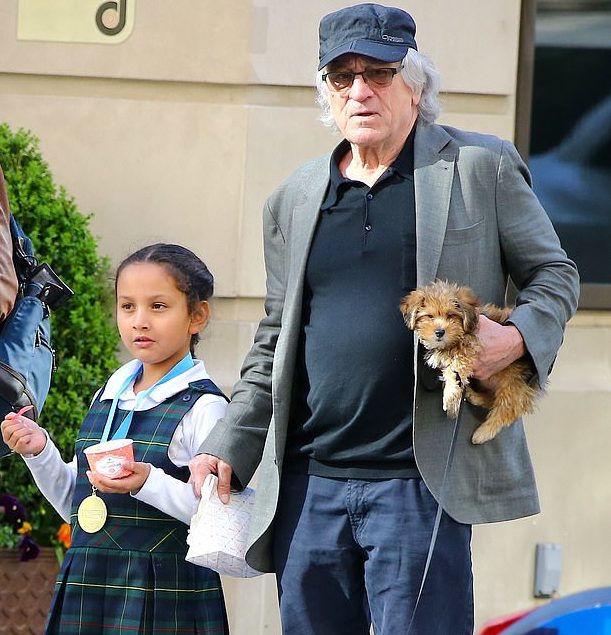 How old is Helen Grace De Niro? She was born on 23 Dec, 2011. She is 11-yrs old. She holds American nationality and belongs to mixed ethnicity.

Who is the parents of Helen Grace De Niro? She is the daughter of famous American actor Robert de Niro and Grace Hightower. In 1997, De Niro married actress Grace Hightower. Their son, Elliot, was born in 1998 and the couple split in 1999. The divorce was never finalized and in 2004 they renewed their vows. In December 2011, their daughter, Helen Grace De Niro was born via surrogate. In 2014, he and Hightower moved into a 6,000-square-foot, five-bedroom apartment at 15 Central Park West. Four years later, it was reported De Niro and Hightower had separated after 20 years of marriage. De Niro has four grandchildren; one from his daughter Drena, and three from his son Raphael.

How much is the net worth of Helen Grace De Niro? She is too young to earn any amount. Moreover, her father’s income count is in million. She belongs from a very rich family background.