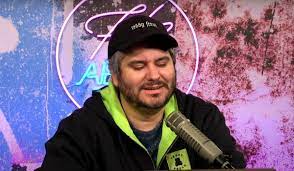 The H3H3 productions’ Christmas podcast will not be available for Ethan Klein’s fans since it was banned on YouTube. The YouTuber acknowledged that his channel had been restricted from posting anything for a week in a series of tweets.

Ethan has a reputation for being controversial, which is one of the reasons his show has been in the news so much. He’s also notorious for publicly squabbling with fellow content producer Trisha Paytas. The most recent controversy from H3H3 Productions does not involve Ethan and Trisha’s quarrel.

According to his tweet, Ethan’s channel was banned on YouTube because he uploaded a video in which he appears reacting to another video that has been “deemed” as “too dangerous to watch.”

His account was disabled after he uploaded five videos in which they addressed him. The accounts were banned, according to the company’s website, for “uploading infringing material,” a vague term that has come to apply to basically any video on YouTube that receives enough views. He claimed the films they responded to are available for viewing on YouTube as “age-restricted”.

“Please reconsider your decision, it has a tremendous negative affect on our business and community during an important time,” Ethan tweeted.

Christmas Podcast Has Been Canceled

Ethan’s annual Christmas podcast has been discontinued, much to the disappointment of his fans.

The YouTuber said the podcasts they had been “planning for a month will not be happening.” He said he can’t upload videos for a week since the ban was imposed.

It appears that Ethan’s production is having a lot of problems this holiday season, as he admitted in another message that some of his staff were COVID-19 positive, halting work. So, fans can expect a new episode of Ethan’s podcast only in 2022.

It’s been a few minutes since Ethan exclaimed in a tweet that YouTube has revoked the penalty placed on his channel. However, due to the fact that it is now too late, his team will not be working on the Christmas episode.

“Just found out YouTube removed the strike it’s too late to do the episode sadly, especially with the Covid scare but thank you everyone for caring so much, it makes the whole thing more bearable,” he wrote.

Ethan further tweeted, “Thank you @TeamYouTube and my rep and whoever high up the food chain who had some sense in em”.