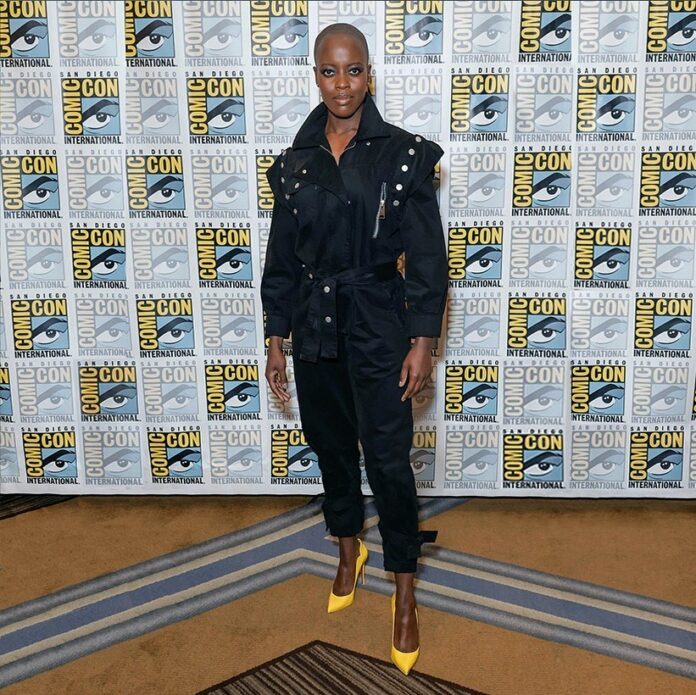 Florence Kasumba is a popular film actress who touted to stardom for her portrayal of Ayo in the Marvel films Captain America: Civil War and Black Panther. She also made an appearance in the DC Comics film Wonder Woman. Kasumba has appeared in a variety of Dutch, German and English language films and television series. She is also going to play the role of Ayo, A member and the second-in-command of the Dora Milaje, in Black Panther: Wakanda Forever, got a new trailer on Oct 03, 2022, that gives another look at apparent main threat Namor and an armored Ironheart, along with our first clear shot of the new person donning the Black Panther costume. She spent her childhood in Essen, Germany, where she attended elementary school and high school.

Florence Kasumba is currently in a relationship. She is dating actor, presenter, and model Jimmy Jean-Louis. The couple has been together for over two years now and their relationship is still going strong. There have been no rumors of them breaking up or having any problems in their relationship. They seem to be very happy with each other.

Kasumba made her Marvel Cinematic Universe debut in the 2016 film Captain America: Civil War. In the same year, she was nominated for the Black Entertainment Film Fashion Television & Arts Award for International Rising Star. Acting is her main source of income. Her net worth is estimated to be $3 million, as of 2022.