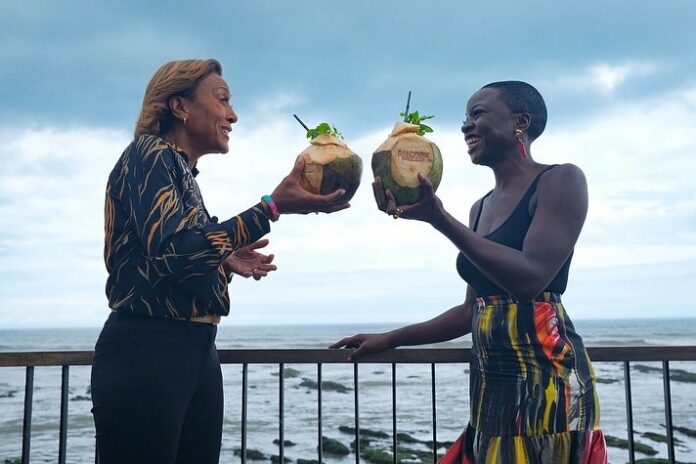 Danai Gurira is an American-Zimbabwean actress and playwright. She rose to stardom for starring roles as Michonne on the AMC horror drama series The Walking Dead (2012–2020; 2022) and as Okoye in the Marvel Cinematic Universe superhero films Black Panther (2018), Avengers: Infinity War (2018), and Avengers: Endgame (2019). She played Jill on the HBO series Treme alongside Jon Seda. She has 3.5 million+ followers on her Instagram account, as of Oct 2022.

Danai Gurira was born to Josephine Gurira, a college librarian, and Roger Gurira, a tenured professor in the Department of Chemistry at Grinnell College (both parents later joined the staff of University of Wisconsin–Platteville). Her parents moved from Southern Rhodesia. Her birthplace is Grinnell, Iowa, U.S.. She belongs to mixed ethnicity.

Danai was rumored to be dating Norman Reedus, in 2015. Norman is the only man that Danai has been linked with during her career, and this may be because she is very secretive about her personal life. In fact, she doesn’t give anything away about her relationships.

In the film, Queen Ramonda (Angela Bassett), Shuri (Letitia Wright), M’Baku (Winston Duke), Okoye (Danai Gurira) and the Dora Milaje (including Florence Kasumba) fight to protect their nation from intervening world powers in the wake of King T’Challa’s death. As the Wakandans strive to embrace their next chapter, the heroes must band together with the help of War Dog Nakia (Lupita Nyong’o) and Everett Ross (Martin Freeman) and forge a new path for the kingdom of Wakanda. Introducing Tenoch Huerta as Namor, king of Talokan, the film also stars Dominique Thorne, Michaela Coel, Mabel Cadena and Alex Livinalli.