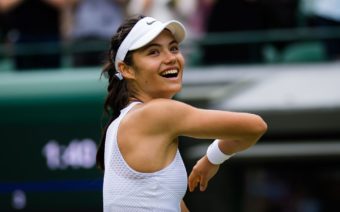 Emma Raducanu is a tennis player from the United Kingdom who was ranked No. 23 in the WTA singles list. She has taken home three ITF Circuit singles trophies. At the 2021 US Open, she won the Women’s Singles title.

Moreover, Emma Raducanu is set to be present at Sunday’s Abu Dhabi Grand Prix as Lewis Hamilton and Max Verstappen battle for the world title. However, Hamilton isn’t the 19-year-old tennis superstar’s favourite Formula 1 driver despite their British allegiance.

Who Is Emma Raducanu?

When she was five, her parents enrolled her at the Bromley Tennis Academy. She went to school at Newstead Wood Grammar School in London.

She grew up in a wealthy family, the daughter of two financial experts.

She had to win three rounds of qualifying matches and seven matches in the tournament, winning all ten without losing a set. This was only the second Grand Slam tournament of her career, and she holds the record for the fewest majors played before winning a title.

She stated that she admires Li Na and Simona Halep, two tennis pros.

Hamilton and Verstappen will face off the final time this season on Sunday, with the Drivers’ Championship hanging in the balance.

Both drivers are on 369.5 points, with Hamilton winning the last three races to pile pressure on Verstappen in Abu Dhabi.

The Mercedes star is looking for a record-breaking eighth world title, which would see him surpass Michael Schumacher’s tally of seven.