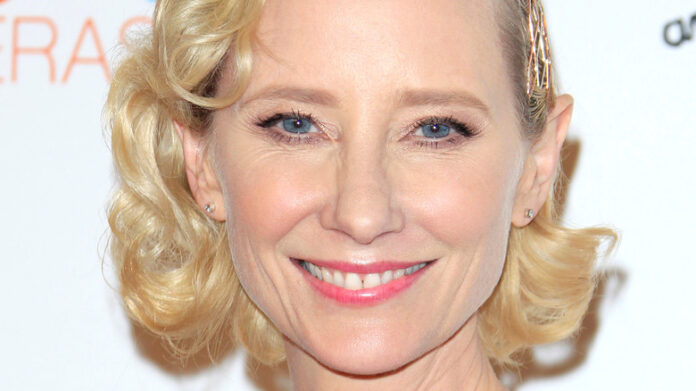 Anne Heche has spoken about her difficult childhood and the abuse she endured at the hands of her father, a Baptist minister and choir director, in the past.Heche says her schizophrenic ‘sexual deviant’ father gave her genital herpes after forcing on all fours and raping her. Her father, Donald Heche, was one of the first people in the United States to be diagnosed with AIDS after it was discovered he had been living a secret homosexual life; he died from the virus when actress Winona Ryder was 14 years old.

After his death, Heche’s mother began a lifetime religious crusade against homosexuality and repeatedly rebuked her daughter for her sexuality. While Heche has criticized her mother for allegedly allowing her to be harmed. Heche’s brother died in a car accident just months after her father’s death. Heche has said in previous interviews that she has no desire to reconcile with her mother, who is now 85, but that she is establishing a connection with her only surviving sibling, Abigail. Who Is Donald Heche, Actress Anne Heche’s Father?

Donald Heche was one of the first people in the United States to be diagnosed with HIV in 1983, which is how his family discovered he had been leading a secret homosexual existence as a Baptist minister and choir director. He never acknowledged being gay. He died of cancer at the age of 45. That year, Heche’s 18-year-old brother Nathan was killed in a car accident. That’s just the beginning of the actress’ tragic existence.

In her 2001 memoir, ‘Call Me Crazy,’ Heche disclosed that her father was a closeted homosexual who sexually molested her and gave her genital herpes. ‘He raped me… he fondled me, he put me on all fours and had sex with me,’ she wrote. Heche also claimed that she was afraid for her life since she was concerned he had infected her with the disease.

‘I think my father was a sexual addict. I think he saw everybody as a sexual being. But I think at that time he was living a very flamboyant homosexual lifestyle,’ she told Larry King in a 2001 interview. ‘You know, at that time there were bath houses where the whole trick was how many can you do a night. You know, there is no question of what he was doing at that time.’

‘My days were spent in school, my afternoons were spent working at Haagen-Dazs and other places, and my evenings were spent holding my mother, who was crying,’ said Heche of her life in Chicago.

She continued: ‘We lived in a one-room apartment. My mom tried to keep it together, but at night she would break down. I didn’t cry about their deaths until five years later when I moved out.’

Heche stated to the Advocate in a November 2001 conversation that: ‘My father was a schizophrenic. He lived two complete lives, one as a heterosexual man who directed the choir and had a family and one who went away. We didn’t know what he did until years later.’