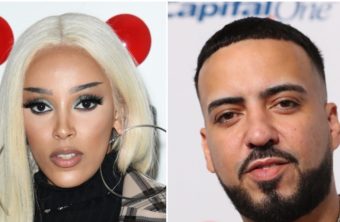 Doja Cat is said to be dating French Montana, a hip hop artist. This follows Doja Cat’s vacation with the Unforgettable singer in the Bahamas, where rumors circulated that they were dating. Is it true that they’re an item? Here’s what we know so far.

Doja Cat And French Montana Vacation In The Bahamas

On Thursday, January 6th, Doja Cat and French Montana were spotted vacationing in the Bahamas, which delighted fans. In a video posted to his Instagram Story, the pair are seen standing at the top of a water slide.

At the famed Atlantis resort, they were celebrating the birthday of attorney Adam Jia. The 37-year-old rapper sat in a bright orange rubber ring as Doja stood up behind him wearing a black bikini and matching black hat.

Doja makes a joke of “it was nice knowing you” as French prepares to go down the slide in the video.

On Instagram, Didier Drogba posted a carousel of photos from the trip, including one of him and Doja in a restaurant and another on the beach.

In the comments, Doja wrote “Love you brother🙏🏻”❤️ to which he replied: “Love u more.”

Fans immediately began speculating that the pair were dating once French put up the Instagram Story, and there’s no explanation for it now.

They are not dating, and there is no evidence that they are attracted to each other. Doja referred to French as her “brother,” which certainly lends credence to the idea that they’re just good friends. Despite this, fans continue to discuss it on Twitter.