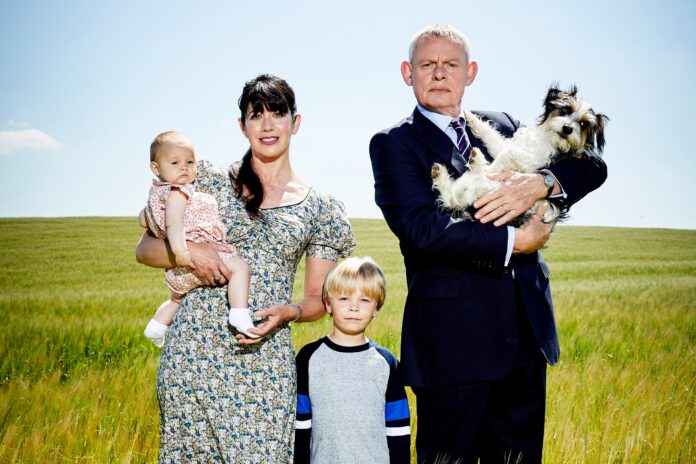 Doc Martin is a British medical comedy drama television series starring Martin Clunes as Doctor Martin Ellingham. The program is based on the 2000 comedy film Saving Grace, in which Dr. Martin Bamford was played by Dominic Minghella. The village of Portwenn, with most interior scenes shot at a converted local barn, serves as the setting for the show. Fern Cottage is where Doctor Ellingham and his family reside.

From 2004 till 2019, nine seasons aired with a tv movie playing on Christmas day 2006. The 9th season streamed in the United States and Canada on Acorn TV, PlutoTV and Tubi as of September 2019. Finally, the last series will begin airing on 7 September 2022.

When Is Doc Martin Season 10 Coming Out?

The long-awaited Doc Martin season 10 is premiering on October 17th. The new season will stream exclusively on Acorn TV.

Martin Clunes has won critical acclaim for his portrayal of a rude and self-centred medic. He portrays an unlikeable character with relish, making the show funny and enjoyable to watch. In the last season, we saw Dr Martin resign from being Portwenn’s GP. The upcoming season will be picked up from there.

Who All Are Coming For The Finale Season?

Read Also: How Does Vecna Relate To Vecna On Stranger Things?