Did Iyanna And Jarrette Get Married? 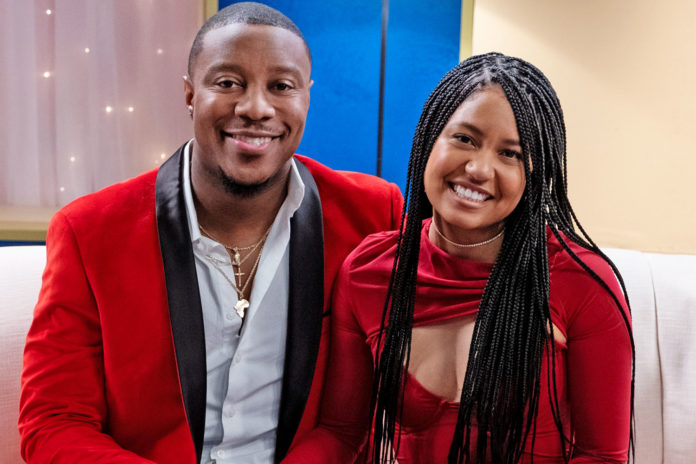 Yes! In one of the loveliest parts of the season, Iyanna and Jarrette have a sweet and completely drama-free wedding day. When asked at the altar if love is truly blind, Iyanna replies, “It better be.” Asked if they take each other as man and wife, and Jarrette says, “I do, I do, I do”; Iyanna says, “I do.”

In a post-wedding confessional, Jarrette says, “I just married the woman of my dreams. I’m f***ing… I’m on top of the world right now. Cloud nine. I met my damn wife through a wall….I’m a married man. I’m a husband.”

Iyanna says, “This is the beginning of our journey. We have so much more to do, but, God, this is a great start.”

Are Iyanna and Jarrette still together now?

Yes! Not only are they still together, and have been married for close to a year now—which we finally found out at the reunion show—they filmed a video for Marie Claire’s “How Well Do You Know Your Co-Star” series:

“Seeing the growth from where we were eight months ago to where we are now, I think that’s been the most rewarding thing about being married and being this happy couple,” Iyanna shared in the video. You crazy kids, this is true love!

On season 2 of Love Is Blind, Jarrette Jones and Iyanna McNeely have a difficult road to the altar. Even the road to their engagement was not smooth for them.

Though they instantly like one another, Jarrette develops a connection with Mallory Zapata. He discloses his decision changes on a daily basis in the confessionals, stating at one point, “It’s Iyanna right now. It was Mallory yesterday.”

Jarrette says goodbye when he finds out that the Lamia has left for good, but Mallory confesses her feelings for someone else at last. Though the phony breakup makes him sob, Jarrette asserts that he still sees “what marriage would be like” with Iyanna. He asks her to marry him, and she accepts.

In Mexico, she explains that being a backup option terrifies her, yet she also states that being in his arms feels “really secure” and “protected.” They depart on their holiday stronger than ever before.

They’re also two distinct individuals. Iyanna isn’t a believer in keeping good terms with exes, but Jarrette maintains contact with his ex-girlfriends and even has a lengthy conversation with Mallory at a party in Mexico. Iyanna is an introvert, while Jarrette goes out on Tuesdays.

Also Read: Jonathan Taylor Wife Or Girlfriend: Is He Married To Ayanna Chapman?