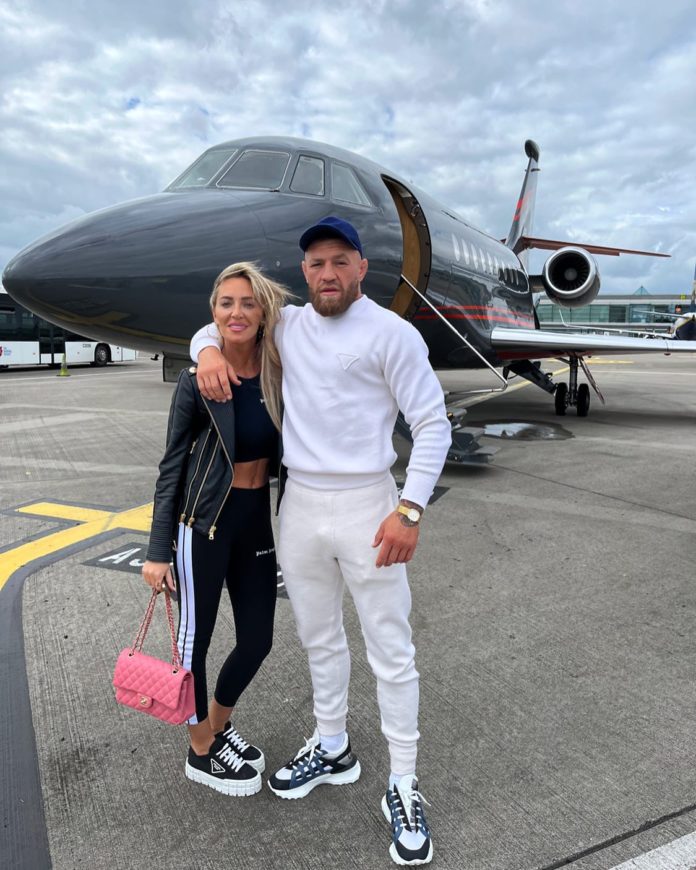 Dee Devlin is best known as the fiancée of Conor McGregor, who is an Irish professional mixed martial artist. Duo have been together for some 14 years and are set to tie the knot in the future. Moreover, Conor is very close to his fiancé and also wrote, “My girlfriend worked very hard throughout the years and stuck by me when I had essentially absolutely nothing. I only had a dream that I was telling her.” Continue reading about, Dee Devlin (Conor McGregor’s Fiancée) Bio, Age, Height, Net Worth.

Dee Devlin was born on August 9, 1986 which makes her 36 years old, as of 2023. She has siblings named, Sarah and Cathy. In addition to this, she and Conor have three children, Conor Jr., Croia and Rían.

Conor and his fiancée Dee Devlin are in France with their children. The Irish athlete cuddled up to his partner as they relaxed on a lavish boat in snaps shared to Dee’s Instagram on Monday.

At Christmastime in 2020, the duo proclaimed that they were expecting their third child together, and in May 2021 Rian joyously joined the family. Although no wedding date has been revealed yet for McGregor and his partner, he disclosed that it would be in Ireland soon. It looks like there might just be a celebratory occasion on its way.

Couple seems very close to their children and stated, “The kids love you, the world loves you baby, Dee D soon to be McG, I can’t wait to marry you baby girl, keep on shining, you are our shining light, my sunshine! The love of my life.”

With the couple being so in love, fans are anxiously waiting for news about their upcoming wedding. We hope that they will keep us updated with the details of their celebrations and share the joyous moments with us. Until then, we wish them all the best in life.

After completing his part in the remake of 1980’s classic Road House alongside Jake Gyllenhaal, McGregor and his partner have recently returned to Ireland from a shooting location in the Dominican Republic.

Conor McGregor is a current UFC Lightweight champion and ranks among the best-paid MMA fighters in history. Despite his young age, he has already achieved fame as a result of his exploits inside and outside the cage. McGregor’s career outside the octagon mirrors that of his career inside it.

The former champion-champ sold part of Proper No.Twelve Irish Whiskey for an estimated $600 million last year. Conor McGregor isn’t afraid to make audacious claims. ‘Mystic Mac’ is recognized for predicting his fights and did just that when he defeated Jose Aldo for the featherweight championship in 2015.

Since then, McGregor has fought in a number of different weight classes. The Irishman faced Nate Diaz and Donald Cerrone at welterweight. He also beat Eddie Alvarez to become the lightweight champion. McGregor is the first fighter to accomplish this while moving up in weight divisions.