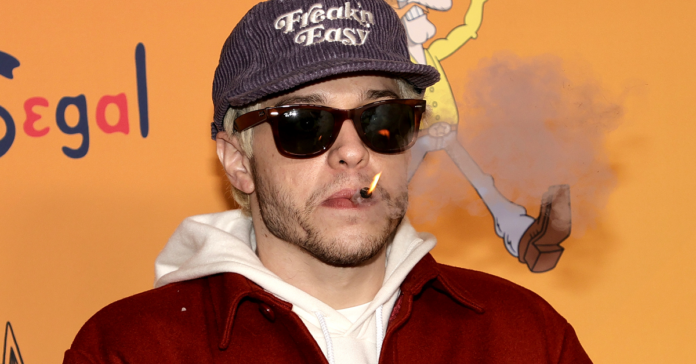 In the weeks-long feud between Kanye West and Pete Davidson, a new name has emerged. When news of Pete’s relationship with Kim Kardashian, Kanye’s ex-wife, became public, he began releasing notes about him and even released a music video depicting him killing and burying him. Now, David Pollack, a comic actor known for his work on the show “Kimmel,” has become the center of attention. Who Is David Pollack: Did Pete Davidson Send Texts To Kanye?

On March 13, comedian Dave Sirius, who collaborates with Pete on Saturday Night Live, posted a text conversation between the two on his Instagram account. Despite the fact that it’s impossible to determine if they’re genuine, they generated a lot of interest online.

Pete expresses a desire to avoid the media storm that has been brewing since Ye’s Twitter meltdown, according to texts published by Kanye West in “Break Theinternet”. Pete appears to want Kanye to agree that they can handle their drama offline since it is now having an impact on his children.

“Kim is literally the best mother I’ve ever met,” Pete appears to write in the texts. “What she does for those kids is amazing and you are so f–king lucky that she’s your kids mom. I’ve decided I’m not gonna let you treat us this way anymore and I’m done being quiet. Grow the f–k up.”

When asked who he’d want to see at the gig, Kanye responded, “I’d want to see Pete.” When shown a picture of Pete with his arm around Kim and daughter North West, Kanye added, “That’s actually me in this photo!” Then he went on about how much money it made him feel good.

“Let me help you man. I struggle with mental stuff too,” he seems to write. “It’s not an easy journey, you don’t have to feel this way anymore. There’s no shame in having a little help. You’ll be so happy and at peace. I have your back even though you treat me like s–t because I want everything to be smooth.”

Who Is David Pollack?

After the text messages were published, Kanye tweeted that he was looking for Dave Sirius’s address. “I believe his real name is David Pollack, not Sirus, originally from Atlantic City,” one person wrote in the comments. “He lived in apartments his whole life with others!”

One fan responded to a comment on Instagram by saying that she believes Dave Sirius is actually named David Pollack and not Sirus. Following the attention his messages received, David deleted the leaked communications, and he subsequently locked his Instagram account private.

David Miller began working for SNL in 2015 and is still employed there. He and Pete have been buddies since then, and they even collaborated on The King of Staten Island. David is now more famous than he’s ever been throughout the course of their friendship.

It appears highly unlikely that Kanye will do anything, but he does have a large internet following, and it’s conceivable that Instagram and other social networking platforms will be difficult for David for some time to come. Even if Pete wanted it to be so, Kim’s struggle with her husband is not over if the text messages between Kanye and Pete are genuine.