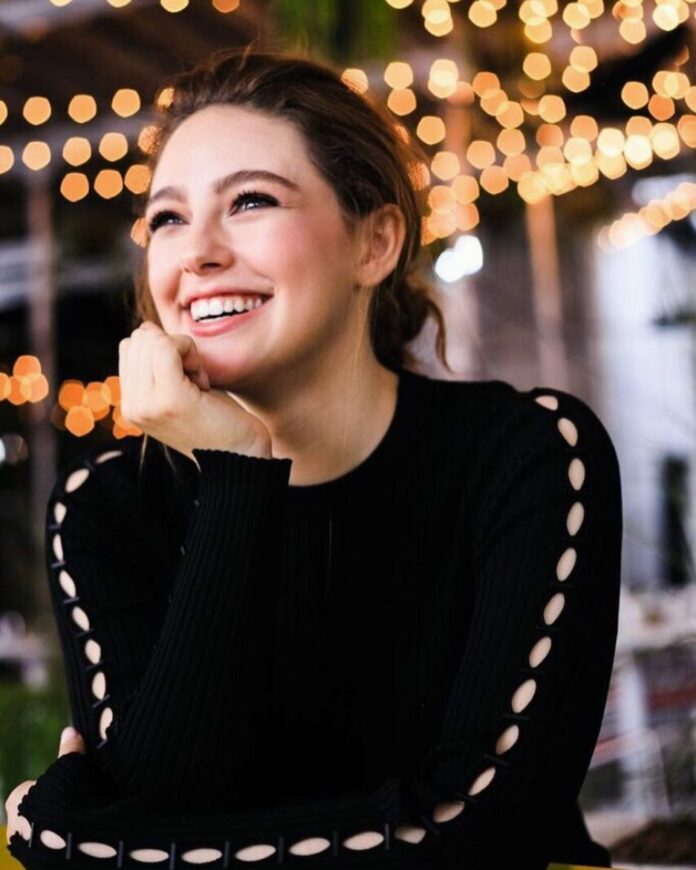 Danielle Rose Russell is an American actress who is known for her role as Lucia in A Walk Among the Tombstones, and also has played roles in films such as, Aloha, Pandemic, The Last Tycoon, Wonder, The Originals, Measure of a Man, Legacies and many more. She is very active on Instagram under user name, ‘danielleroserussell‘, where she has 2.1 million followers, as of Nov 2022.

Danielle Rose Russell is single and not dating anyone. She keeps her personal life away from media and limelight. Her past dating history is also not known.

What is the net worth of Danielle Rose Russell? In 2014, her first role was in the film A Walk Among the Tombstones. She continued on Legacies for four seasons, with the series concluding on June 16, 2022. She earns most of her income is from acting career. She’d appeared in a variety of commercials as well as theatre productions. Her net worth is calculated between $2 million – $2.5 million, as of 2022.

Danielle Rose Russell appeared in Aloha, in 2015. She appeared in six episodes of the short lived TV series The Last Tycoon, in 2016. She was cast as the teenage Hope Mikaelson, in television series The Originals, in 2017. In 2019, she was nominated for Teen Choice Award for Choice Sci-Fi/Fantasy TV Actress.