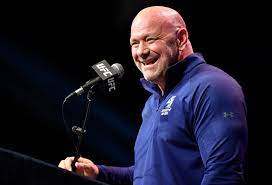 In a heated online quarrel, Jake Paul recently berated UFC President Dana White, claiming that he was unconcerned with his athletes. The ‘Problem Child’ went as far as daring the entrepreneur to raise his company’s compensation and perks in a series of social media postings.

We take a look at Dana White’s net worth after Jake dubbed his new-found UFC opponent an “unhappy billionaire” during the foul-mouthed Twitter tirade.

On the first day of 2022, Jake Paul made a costly challenge for Dana White in return for his immediate retirement from boxing and a bout with Jorge Masvidal in the UFC.

In a social media post, Paul requested White to raise the minimum UFC pay-per-fight fee so that fighters would receive 50% of UFC annual income as well as long-term healthcare.

@danawhite later responded via a social media video and Jake Paul soon replied with his own.

What Is Dana White’s Net Worth?

Finally, according to sources revealed in May 2021 that while the entrepreneur is quite wealthy, he has not yet become a billionaire.

How Much Is The UFC Promotion Worth?

Dana White has revealed that his company’s estimated value is after a successful year. White told TSN’s Aaron Bronsteter about how UFC’s net worth increased dramatically in 2020, stating that the organization is now worth 9-10 billion dollars.

Lorenzo Fertitta and his older brother Frank bought the UFC in January 2001, and Dana White was named president. Under his leadership, the UFC has evolved into a worldwide phenomenon.

Dana White is not a billionaire, yet the 52-year-old has built UFC into a multibillion-dollar business in less than two decades.