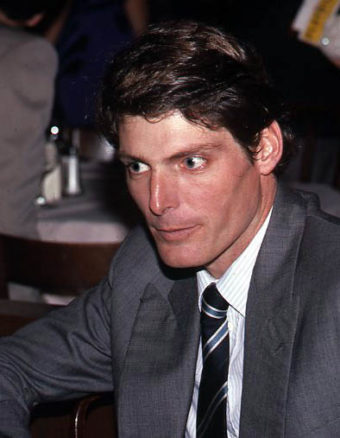 Christopher Reeve is largely remembered for his flights across the screen while wearing a red cape and sporting a giant S across his chest. But it’s for his later off-screen work, while hoping to walk again, that solidified him as a hero.

His sensitive portrayal of Superman helped make the 1978 movie a blockbuster that set the stage for a wave of superhero movies. Years later, after a horseback riding accident left him paralyzed, he’d use his star power to raise awareness for the disabled.

From either angle, he was a hero to millions of people. To honor Reeve’s legacy, Google will dedicate Saturday’s Doodle to the actor, director and humanitarian, on what would’ve been his 69th birthday.

Born in New York City on Sept. 25, 1952, Reeve earned a bachelor of arts degree from Cornell before being selected to study acting in an advanced program at the Juilliard School under actor and director John Houseman. After two years of acting in plays and soap operas, Reeve auditioned for the role of Superman, beating out more than 200 other actors.

How tall is Christopher Reeve? With his coal-black hair, piercing blue eyes and chiseled face, the 6-foot-4 Reeve was the very image of Superman in the big-budget flick.

He’d reprise the role in three sequels during the 1980s, proving there was an appetite for superhero movies and paving the way later that decade for the big Batman movie starring Michael Keaton, and eventually for the Marvel Cinematic Universe.

He married actress Dana Morosini in April 1992, and the couple had a son together. He had a son and a daughter with his previous girlfriend, Gae Exton.

In 2004, after a nearly decade-long battle, Reeve suffered a cardiac arrest and fell into a coma before dying. He was 52 years old.

He discovered his love for acting at age nine during his amateur role in the play The Yeomen of the Guard. After becoming paralyzed, he became an activist for stem cell research and supported the Human Cloning Prohibition Act of 2001.

Though he was in dozens of other movies, he’s most associated with his Superman performances, and for millions of movie fans, he was Superman.

That became the case for millions more after a 1995 horseback riding accident left Reeve paralyzed from the neck down. Even though doctors called the injury one of the worst possible, Reeve showed fortitude, resetting the expectations of what a quadriplegic could do, and he pledged he’d walk again one day.

Reeve returned to Hollywood after his accident and made his directorial debut in 1997 with the critically acclaimed TV movie In the Gloaming, starring Glenn Close. During a 2017 fundraising appearance for Reeve’s foundation, a tearful Close shared her remembrance of his character.

In 2004, after a nearly decade-long battle, Reeve suffered a cardiac arrest and fell into a coma before dying. He was 52 years old.