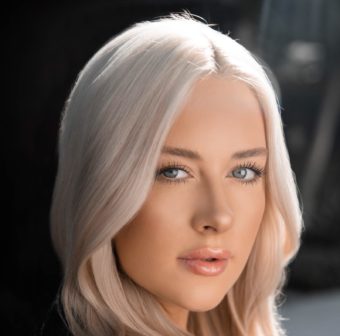 Brooke Schofield’s social media following is perplexed as to whom her mysterious best friend from her wild tale is. Following many people have inquired who the roommate in her Twitter update is, the American internet personality has addressed one n

Who Is Brooke Schofield?

Brooke Schofield is a 25-year-old actress, blogger, and Instagram celebrity who resides in Los Angeles. She began her acting career this year, having appeared in Leave Him in the Dust and Hook, Line, Sinker. After appearing in Tana Mongeau’s YouTube video, Brooke became even more well-known on social media.

She began creating films on her YouTube channel a year ago and has amassed 144k Instagram followers.

Aches Face Reveal: Everything On The YouTuber

What Is The Story With Brooke Schofield’s Roommate?

Brooke’s supporters are curious to find out who her closest friend/roommate is after she revealed a wild tale about them on Twitter in recent weeks.

“We don’t discuss enough about how my bff and I met someone and married them in the same week, then simply moved to San Diego to become a hot housewife,” she tweeted, igniting speculation among Twitter users as to who this enigmatic person is.

Brooke has yet to reveal who her best friend is, but we can confirm (which is self-evident) that it’s not Tana Mongeau or one of Brooke’s pals called Savannah.

One Twitter user tweeted: “I just want to know who the roommate is?” to which another one responded: “Savannah Reller.”

However, Brooke denied that it was Savannah, reacting in a follow-up tweet: “No.”

Fans Are Still Curious Who Her BFF Is

Brooke’s story continues to perplex fans, many of whom have been scurrying about looking for clues in previous films and social media postings. “Sounds like the first half of most the dateline specials I’ve watched,” reacted one user to Brooke’s story.

“She’s living the dream,” reacted another person, while another one said: “I would love to see a pic of her.”