Who Is Britney Spears’s Fiancé In 2022, Sam Asghari? 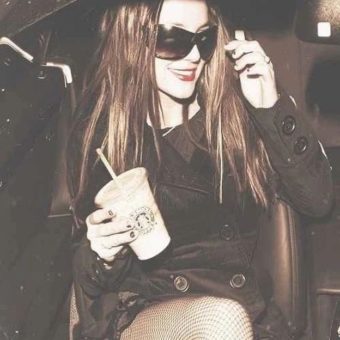 The pair began dating in 2016, when Sam Asghari joined the set of her “Slumber Party” music video. Since meeting on the production of her “Slumber Party” music video in 2016, Britney Spears and her long-term beau, Sam Asghari, have been smitten with each other. And as Spears received a flood of support from fans and celebrities alike amid renewed interest in her conservatorship, Asghari confirmed their private relationship.

“I have always wanted nothing but the best for my better half, and will continue to support her following her dreams and creating the future she wants and deserves,” Asghari said in a statement to People. “I am thankful for all of the love and support she is receiving from her fans all over the world, and I am looking forward to a normal, amazing future together.” Read on to learn more about Asghari. Who Is Britney Spears’s Fiancé In 2022, Sam Asghari?

Asghari Fitness is a gym in Los Angeles, California founded by Ali Asghari that offers bespoke training programs and customised meal plans. He also regularly updates his Instagram feed with images of him looking really huge.

He was born in Iran. According to Men’s Health, Asghari was born in Tehran, Iran, as the youngest of four children. He immigrated to America when he was 12 years old and settled down in Los Angeles with his father, after leaving his friends and family that he was particularly close with. “I had to leave my pals and family who I was really close with,” he said. During high school, he joined the team and later played in a football program at the University of Nebraska-Lincoln before being cut before his freshman year. He subsequently played for Moorpark College in Los Angeles.

“I was a very masculine guy—I played football and was in the police academy,” Asghari told Men’s Health. “At the time, my Sunday best was basketball shorts. My sister said, ‘I will take you to this audition, just come with me.'”

At 21, he made his debut on the runway in Palm Springs and went on to book larger tasks, including a Super Bowl ad for Toyota Prius and a small part in Fifth Harmony’s “Work from Home” music video. Eventually, he landed a part on Spears’s music video for “Slumber Party.” He recalled meeting the pop star for the first time to Men’s Health, saying she gave him “butterflies.”

“She said, ‘Hi, I’m Britney,’ and I said, ‘I’m sorry. What’s your name again?'” he said. “I tried to be funny. I don’t think anybody got it.” The two exchanged phone numbers, went out for sushi, and have been together ever since.

The personal trainer told Men’s Health that the two often exercise together in Kanye West’s house fitness. “We try to get it done a few times each,” he said. It’s incredibly beneficial for your mind and body. It lets you forget about everything else.” Their workout videos are just a few short looks into their otherwise intensely personal relationship.

“The exercises, I come up with them, but the videos are because of my better half. She’s the video director,” he said. “It’s a very fun thing, and I look back at them and smile.” Spears also once joked to The Associated Press, “He’s a trainer so everything has to be so perfect. We probably did 40 and I hurt myself.”

Asghari told Men’s Health, “She motivates me more than anyone. It’s crazy how I can be humbled by a person like her. If I could be that humble when I’m that high in life, that would be the best thing. I grew up with three sisters, and my personality is just to be a supportive person for my family and she’s family. I’m always going to support her. She is another blessing that happened to me.” For Spears, the feeling seems to be quite mutual. In one Instagram caption, she wrote of him, “Everyday he inspires me to be a better person and that makes me feel like the luckiest girl in the world!!”

Following the release of Hulu’s and New York Times Presents’ documentary, Framing Britney Spears, Asghari was forthright in expressing his viewpoint on Jamie Spears, Britney’s father who has run her conservatorship for over a decade. “Now it’s important for people to understand that I have zero respect for someone trying to control our relationship and constantly throwing obstacles our way,” he wrote in a post shared to his Instagram Stories. “In my opinion Jamie is a total dick.”

“I am not going to go into details because I have always respected their privacy as a couple, but I also did not come here to be unable to express my opinion and freedom,” he added.

On September 12, Spears announced the news of Ashgari’s proposal on Instagram, breaking it to her followers with a surprise announcement. “I can’t fucking believe it 💍💍💍💍💍💍❣️!!!!!!” Britney wrote on Instagram.

The caption read, “Let’s assume for a moment you’re the fiercest lioness of all.” In it, she displayed her stunning four-carat Forever Diamonds ring with the word “lioness. Asghari’s pet name for Britney, engraved on the inside of the band. The ring’s designer and Forever Diamonds founder Roman Malayev dedicated the design specifically to Britney, naming the cut “Lioness” 0n his official website.

“We are thrilled to congratulate Britney and Sam on their recent engagement,” said Malayev in a statement. “We couldn’t feel more honored to create this ring for such a special couple. Their journey together has touched people around the world and we’re so excited to be a part of their forever.”