Who Is The Wife Of Bobby Moynihan, Brynn O’Malley: What We Know 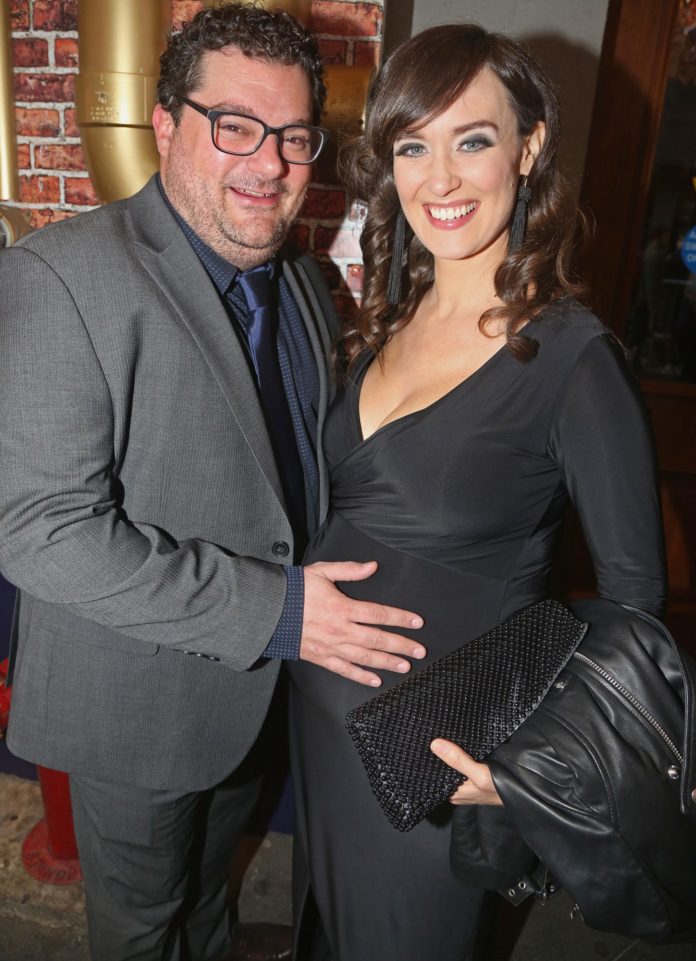 Bobby Moynihan is an American actor, comedian, and writer who has been a cast member on Saturday Night Live since 2008. He’s also known for voicing Louie in Disney’s DuckTales from 2017 to 2021 as well as Panda in We Bare Bears from 2015 to 2020.

He has also appeared in animated features such as Monsters University (2013) and The Secret Life of Pets (2016), as well as its sequel (2019). He currently stars as Jayden Kwapis on the television comedy Mr. Mayor, and Loafy, a manatee, in the show of the same name, in which he is also creator, executive producer, director, and writer. Who Is The Wife Of Bobby Moynihan, Brynn O’Malley: What We Know.

In August 2016, Bobby Moynihan is married with his longtime girlfriend, Broadway actress Brynn O’Malley. Their daughter was born in July 2017. Moynihan is an avid reader of comic books.

How tall is Brynn O’Malley? She stands at the height of 1.79 m i.e. 5 feet and 8 inches tall. She has a body weight of around 132 lbs i.e. 60 kg. She has a slim body build. Her body measures around 32-24-32 inches. Her eye color is black and her hair color is blonde. Her sexual orientation is straight.

Bobby Moynihan and Brynn O’Malley are set to topline Me and My Grandma, a comedy currently in development at NBC. The single-camera project, from writer Lesley Wake Webster (New Girl), revolves around Moynihan’s character after he moves in with his grandmother (O’Malley) following a messy break-up.

The two become unlikely roommates and even better friends as they help each other navigate the ups and downs of life. Moynihan will also serve as a producer on the project, alongside Andrew Singer of Hazy Mills Productions (30 Rock). Universal Television is the studio.

This isn’t the first time Moynihan and O’Malley have worked together – the two also appeared on Broadway in the 2012 musical Elf.

Me and My Grandma has the potential to be a breakout hit for NBC, with Moynihan leading the way. The actor is best known for his work on Saturday Night Live, where he’s been a cast member since 2008. He’s also had roles in films like We’re the Millers and Teenage Mutant Ninja Turtles.