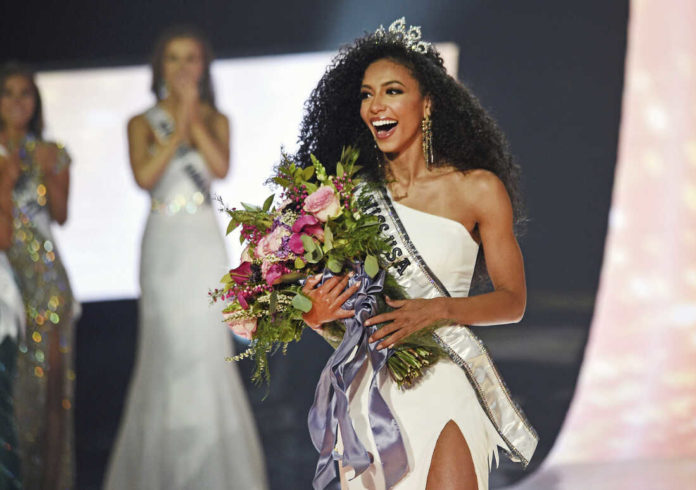 The tragic news of former Miss USA Cheslie Kryst has rocked her followers. She was named as the woman who leaped to her death from a New York high-rise building on Sunday, January 30 2022, according to reports. Following her win in 2019, she jumped from her luxury condo and was discovered below, per reports.

After posting a distressing final message on her official Instagram account, she then went missing. Her death shocked her fans, family members, and loved ones. Her passing yet again raises the question of depression’s gravity. Cheslie Kryst: Miss USA America Beauty Queen Jumps To Her Death.

Cheslie Kryst Cause Of Death Video

According to The New York Post’s sources, Cheslie Kryst leaped from her Orion condominium’s 29th floor at 7:15 a.m. She allegedly left behind a suicide note in which she stated that all of her belongings are bequeathed to her mother, who was also an ex-beauty queen. Her family confirmed her death by issuing a statement that reads, “We share the sad news of our dear Cheslie’s passing with devastation and profound sorrow.” “The light of her life was one that motivated and inspired people all over the world with her strength and beauty.

She cared, she laughed, she shone, and she loved. Cheslie personified love and assisted others in any capacity: whether as a lawyer advocating for social justice or as Miss USA or Extra host. But, above everything else, as a sister, daughter, colleague, friend, and mentor – we recognize the impact that she had on everyone’s lives.”

On Instagram, former Miss USA Renae DeMena recalled her fondly in her own remembrance. It read: “The Miss Universe and Miss USA Organisations are devastated to learn about the passing of 2019’s Ms. USA Cheslie Kryst. She was one of the kindest, brightest, and most pleasant individuals we’ve ever had the pleasure to meet; ahs she would light up any room she entered.

Her death has touched our whole community, and we are thinking and sending heartfelt condolences to her family during this difficult time.” The organization also encouraged individuals who were contemplating suicide to seek help from a professional.

Cheslie Kryst’s death comes just a few hours after she posted her final sad Instagram photo. The 30-year-old attorney uploaded a picture of herself with the caption, “May this day bring you rest and serenity.” According to current police comments, a gorgeous queen of America committed suicide on Sunday morning, becoming heartbroken after discovering she had failed at the Miss USA beauty pageant, She was also known as the “Spice Girl” and had a large following on Instagram, where she gained more than 200,000 followers.

Cheslie Kryst, who died at the age of 30 after suffering a heart attack, has shocked fans and netizens all over the world at such a young age. Fans and internet users were devastated when they heard about her death; she was only 30 years old at the time of her passing. Suicide news always comes with many speculations and mixed up theories connected to the case, and this time was no different; netizens were catering various theories regarding former Miss USA, read on to find out why she died and what kind of person she was. You’ll also get to read the last note written

It is said that after gazing at the top of Orion Building, which stands at 29 stories tall in New York City, she felt herself slipping away, and according to sources she committed suicide about 7:15 AM on Sunday Morning. The corpse and blood from her dead body were seen on the sidewalk following this event, causing bystanders to be traumatized by the grisly death site.

The police department responded to the death scene and immediately dispatched an investigation team for the legal procedure of the situation, as well as policemen thinking she leapt from the 29th floor of the block where she was residing on the 9th.

The police have discovered a surveillance video in which this event was recorded, but they’ve chosen to keep it private for the time being. It was Erik and Miles Bartelle who testified about seeing Kyrst’s body and blood on the surface but could not identify her, and when I got home, I heard about Cheslie Kryst’s suicide.

She was alone at the time of her fall from the 29th floor, and police sources have revealed that she left a note for her mother April Simpkins in which she stated that she wanted to leave everything behind but did not disclose why she killed herself.

The New York Police Department is investigating the case, as well as all of the circumstances surrounding Miss USA’s prior coronation. It is currently unknown why she killed herself. Keep an eye on this section as police determine out the reason behind her conduct.

According to reports, a well-known beauty queen from the United States leaps from a New York City building and dies there. According on the New York City Police Department, a Miss USA 2016 named Cheslie Kryst died after leaping from a building in Manhattan on Sunday.

The 30-year-old North Carolina native was named Miss USA 2019. According to the NYPD, Kryst jumped from the 29th floor of the Orion condominium building at 7:05 a.m. on Sunday after receiving a call about a woman jumping. While the NYPD thinks she committed suicide, an autopsy is necessary to determine the cause of death following her death.

Her family released a statement confirming her death. We are devastated and pained to announce that our beloved Cheslie has passed away, according to her family.”

She had a beautiful light that inspired people all around the world with her beauty and power. She was concerned, loving, happy, and brilliant. The former beauty pageant queen had posted a photo of herself on Instagram the day before her death, stating: May this occasion bring you serenity and rest.

Kryst was a single mother who had worked in corporate litigation and served as an entertainment correspondent for Extra TV. She also ran a blog on fashion, where she made enough money to live off of. Kryst personified love and helped others, whether as an attorney advocating social justice or as Miss USA or Extra host, according to the family’s statement.

However, the greatest thing was as a daughter, sister, friend, mentor, and coworker that she had impacted the fashion industry with her incredible work. The Miss Universe and Miss USA organizations expressed their condolences in a statement posted on their official Instagram accounts.

We are devastated to hear about Miss USA 2019 Cheslie Kryst’s death. She was one of the most brilliant, lovely, and generous people we’d ever met, and she filled every space she entered with joy. “Our entire community mourns her death,” reads a message from the groups. “Our thoughts and condolences are with her family during this difficult period.”

Many of her supporters have paid tribute to her death. Some gave RIP remarks, while others offered best wishes to her parents during these trying times. Miss Universe was well-known for her hard work, and many people admired their profession.