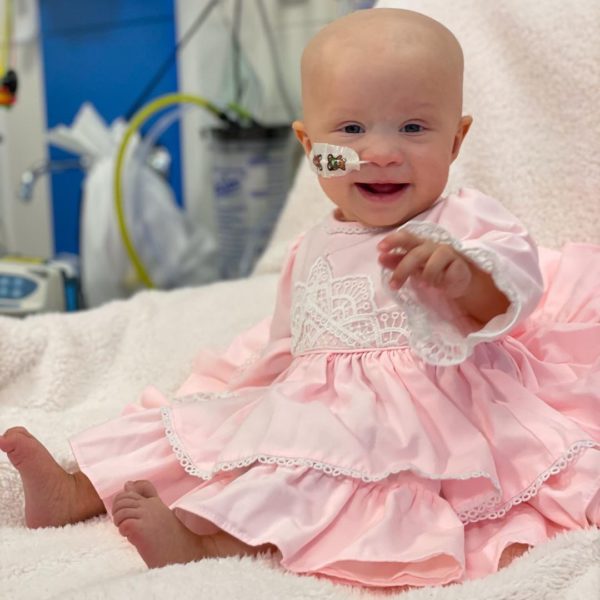 Azaylia Cain was the daughter of footballer Ashley Cain and his girlfriend Safiyya Vorajee, 34, had documented Azaylia’s fight against leukaemia on social media, with more than 100,000 people joining the stem cell register. Brave Azaylia underwent four rounds of chemotherapy in her battle against the disease. Earlier this month, they took their baby girl home after doctors revealed there was no further treatment available when multiple tumours were discovered in her body. The reality TV star, 30, confirmed the tragic news on social media on Sunday, writing: ‘Rest In Paradise Princess. I will always hold you in my heart until I can hold you again in heaven #AzayliaDiamondCain.’ Tune in bio and explore more about Azaylia Cain.

What is the death cause of Azaylia Cain? She passed away aged eight months on Saturday, April 24, 2021 after battling acute myeloid leukaemia for the majority of her life. Azaylia, who inspired her father’s powerful ‘let’s go champ’ message – underwent four rounds of chemotherapy in her fight and was recently nominated for a Pride Of Britain Award by thousands of supporters around the world.

How old was Azaylia Cain? She was 8-months old at the time of her death.

Cain first shared news of Azaylia’s leukemia diagnosis in October, 2020, revealing that his then-2-month-old baby girl, whom she shares with Vorajee, had “a very rare and aggressive form” of cancer. In February, the former pro soccer player said the family was “urgently informed that Azaylia’s leukemia had returned” moments before she was due to leave the hospital after a stem-cell transplantation. Then, in late March, Cain said his daughter had “heartbreakingly relapsed and we have immediately been admitted back into hospital as inpatients,” adding, “We are devastated at the news and are left with very few options.”

Azaylia Cain mother wrote, After Azaylia’s CT and ultrasound scan we have been informed by consultants that they have found tumours in Azaylia’s brain, but also in her kidneys, liver, lungs and spleen. Consultants said there is no way to tackle the tumours on her brain because of the high pressure in her head. Her chemotherapy is also not reducing the disease in her blood anymore because it is that aggressive. Today we also found out that Singapore has not been able to create a CART treatment to cure Azaylia because of the rarity and aggressiveness of her leukemia. This was our last, our only and our final option to save Azaylia and her disease was even too complex for them. So we will be now returning home with our beautiful baby to give her the best possible time left that we can. I am so proud of my baby girl she has been fighting for so so long, and doesn’t deserve this to happen to her! there isn’t enough words out there to describe the heartache & pain I’m feeling but I’m incredibly honoured to have become a mummy to my precious girl. I don’t have many words at this difficult time But for now Thankyou for all your love & support for Azaylia and us as a family.