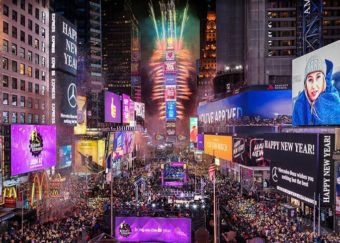 Some individuals will need to visit the banks as part of the new year. Here’s what you need to know about their opening hours. Many businesses, such as convenience stores and eateries, have reduced working hours over the holiday period, while other businesses are closed.

In the United States, many banks will be open on New Year’s Eve (Friday, December 31st) but with shortened hours. Some Central Bank offices close at 3 p.m. on Friday. Chase Bank, Fifth Third Bank, Federal Reserve Banks, and Bank of America all close early in the afternoon.

Because January 1st is a federal bank holiday and falls on a Saturday in 2021, many government offices will be closed on the last Friday of 2021. On New Year’s Eve, ATM service machines are accessible.

The first Monday of the year is expected to be a busy one for numerous financial institutions, as they open at their regular hours but bear in mind that specific branches may differ.

Yes, banks in the United Kingdom are open on New Year’s Eve, although many have shortened operating hours. On Friday, branches of Natwest, Royal Bank of Scotland, Barclays, Bank of Scotland, HSBC (UK), and Santander will close at 2 p.m.

When Do Banks Open Back In The UK?

The UK observes Monday, January 3rd as a bank holiday, thus all banks will be closed. They reopen on Tuesday, January 4th with normal office hours.

However, in Scotland, January 2nd is a holiday and banks will be closed on January 4th as well.