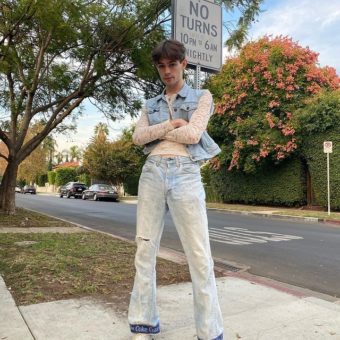 Anthony Reeves is an American vlogger and social media celebrity known on TikTok as luvanthony. He has amassed over 10 million followers by posting lip syncs and duet videos.

He is also well-known on Instagram. In late 2019, he became a member of the Sway House social network, which includes other influencers such as Griffin Johnson and Bryce Hall.

How tall is Anthony Reeves? He has a height of 5 feet 10 inches and his weight is 78 Kg but his other body measurements are still under review. Moreover, Johnson has black hair and dark brown eyes.

Anthony is a YouTuber who has over 6 million followers on TikTok and Instagram. He’s also known for his Snapchat stories at AnthonyDReeves3, where he uploads frequently. He started a YouTube channel, where the second video he posted, “My Girlfriend Does My Makeup/Q&A!!,” has over 1 million views.

He was born and reared in Ashland, Kentucky, where he grew up with his three brothers. His mother’s name is Lisa. In March 2020, he began dating Avani Gregg.

On July 20, he uploaded a dance video to TikTok with Jaden Hossler, set to a song by Megan Thee Stallion.