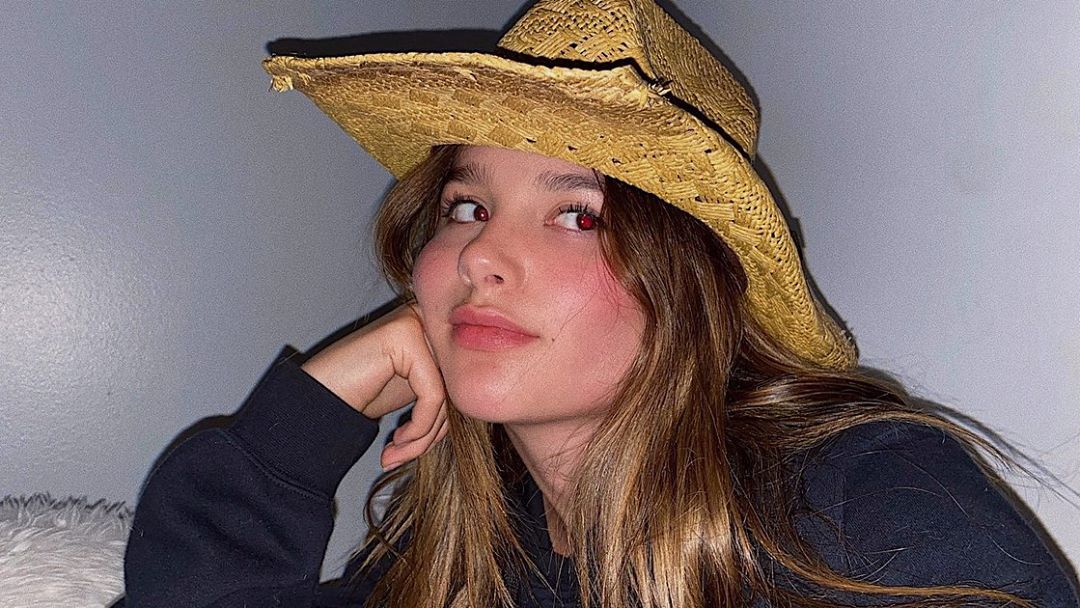 Annie LeBlanc aka Julianna Grace is an American YouTuber, actress, singer, former gymnast and social media influencer. She is born on 5th December 2004 and one of the most famous teens in the world. She started her career at the age of four. She first got on our radar in 2010 when she started vlogging alongside her mom and younger sister Hayley on the YouTube account Bratayley. Business Insider called her one of the “most famous teens in the world, in 2018. She has been featured in online videos since she was four years old and has an extensive online following. She stars as Rhyme in the family drama Chicken Girls on Brat on YouTube, starred in the YouTube Brat show “A Girl Named Jo” playing the part of Jo Chambers, and also played Rhyme in Chicken Girls: “The Movie”. She has starred on the Bratayley family vlog since 2010 and the YouTube Red Originals series We Are Savvy from 2016 to 2018.

How old is Annie Grace? She was born on December 05, 2004 in in United States and she is 15 years old as of 2020. She is currently completing her schooling from United States.

Annie LeBlanc family consists of her mother, father and siblings which currently resides in Augusta, Georgia, U.S. Annie’s mother name is Katie LeBlanc and father’s name is Billy LeBlanc. She has a younger sister and an elder brother who is no more. His brother’s name is Caleb Logan LeBlanc, who died from a heart condition. Annie’s sister’s name is Hayley LeBlanc. As of education, she started her career at the age of four. She is currently completing her schooling.

Annie LeBlanc is in relationship with her boyfriend Asher Angel. The actor is known for her popular role as, “Rhyme in the Chicken Girls” on YouTube. On Feb 14, 2020, Annie shared a snap of the pair kissing on Instagram, which she captioned: “Hi! i like u! I’m in love with u [you]! Happy one year love.”

Moreover, she also wrote, “My favorite thing about Asher is how selfless and thoughtful he is and that he makes me smile,” the 15-year-old social media personality gushed to Yearbook by Brat TV.

She earns money through various sources including endorsements, merchandise, YouTube revenue share and sponsored posts. She charges a minimum of $100,000 for a single sponsored post and that number is sure to go up as her channel grows. She charges a huge amount of money for her shows. She earns money from brand endorsing and her YouTube channel. It is also said that her vlogs pull in a lot of money. Annie also has her own merchandise from which she earns too. She endorses brands like Beats.