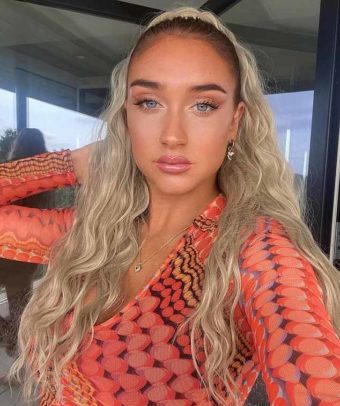 Alicia Scholes, 20, recently attracted a lot of attention on the internet for a video in which her father, Paul Scholes, appears to bite her toes. Paul Scholes, a former Manchester United player, became famous after a video of him appearing to bite his daughter’s toenails went viral on social media. In the 1980s, Nicky Sholes, an English soccer coach, pundit, former player, and co-owner of Salford City spent his entire professional playing career with Manchester United.

While the 46-year-old is widely recognized as one of the greatest midfielders in history, many people are wondering who exactly his daughter is after seeing how much media attention she has gotten for a video that was originally uploaded on Alicia’s Instagram Stories.

Who is Alicia Scholes?

Alicia Scholes, the daughter of Paul Scholes and Claire Froggatt, was born on May 8, 2001 in Manchester. She is a rising England and London Pulse netball player who will turn 20 this year.

Alicia rose through the netball rankings from the U17 to U21 level for England’s netball team since her debut international tournament in early 2018. Playing center for Manchester Thunder, the Vitality Netball Superleague defending champions, she had an outstanding career.

She sparked excitement when she joined the U17 team for one month after touring Australia and playing at a U21 Netball Europe Championship in Worcester. She was subsequently chosen to join another Oceania excursion with the U19s before being selected for the U21 long squad for the Youth World Cup.In April 2019, the now Manchester Thunder player stamped her authority on the Netball Europe U21 Championships in Northern Ireland, England Netball’s website announced.

In 2021, Scholes was a member of the Vitality Netball Superleague team at Thunder. She also contributes to Premier League 2 side YWCA Bury as a player. Alicia recently left Manchester Thunder to join London Pulse. Her LinkedIn profile shows that she is an active traveler, with photos from various vacation locations such as Greece and Spain in her Instagram account. Several workout videos and routines uploaded on the platform by her more than 116,000 followers.

Who are her parents?

Alicia is the daughter of former Manchester United player and legend Paul Scholes, who has coached Salford City since retiring from professional soccer. The legendary midfielder played for United from 1993 until 2013, winning 25 trophies — 11 of which were Premier League championships — during his career. After 66 appearances for England, he retired in May 2013.

In 1999, Nicky married Claire Froggatt. According to his daughter, Nicky is a doting father to Alicia, who published a photograph of the pair celebrating Christmas during the epidemic in 2020.

Father Scholes recently made headlines after being seen on video biting his daughter’s toenails in public. Many people responded with snarky remarks to the photo since Scholes had written beneath it, “true love.” However, she appeared to be jesting with her father.