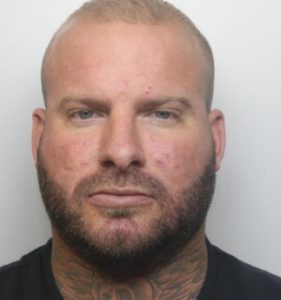 The most wanted guy in the United Kingdom has been apprehended at Lisbon Airport. Alex Male is the individual who was arrested, and he is listed among the world’s most ruthless people. His quest came to an end after he tried to pass into Portugal with a phony passport shortly after being added to the top ten Most Wanted criminals list. According to authorities, the arrested person is facing a slew of felony charges including money laundering, drug trafficking, and other crimes.

We prepared this post after consulting with a number of sources and statements released by the relevant authorities. We’ve gone over everything there is to know about Alex Male in the sections below. Alex Male: Uk’s Most Wanted Man Arrested.

Alex Male: Who Is He?

According to sources, Alex Male is the most wanted criminal in the United Kingdom. He’s 29 years old. According on the officer who arrested him, Alex Male thought he could cross borders by using a fraudulent passport and phony papers. Unfortunately for him, though, he was unsuccessful. Please see Chapter 6 for more information on where he planned to go when he landed at Lisbon airport.

The UK’s Most Wanted Man has been apprehended

According to reports, the most sought-after person was caught at Lisbon Airport. He allegedly came from Turkey and attempted to fly to Portugal using forged documents, according to sources. The individual was on the police’s wanted list and was taken into custody.

According to the cops, Male supplied cocaine, ketamine, and other class A drugs across Southwest England. According to authorities, he used an encrypted communication platform called EncroChat to buy and sell illicit substances in the United Kingdom.

Read Also: Sheri Papini And Why Was She Arrested

In addition, he is accused of money laundering and narcotics trafficking while armed. After being arrested by the Crime Unit of the South West Region, Alex Male fled to Spain’s Marbella in January, putting him on the National Crime Agency’s most wanted list. “Alex Male will now be extradited to the Criminal Justice System in the United Kingdom,” according to NCA’s international liaison officer Phil Robinson. For more information, see this page.