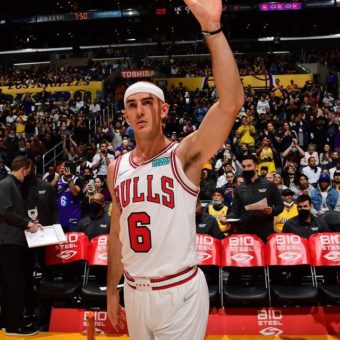 Alex Caruso is an American shooting guard who made his NBA debut as a member of the Los Angeles Lakers in 2017. He helped the team win an NBA championship in 2020. He finished his collegiate career with the Texas A&M Aggies as the school’s all-time leader in steals and assists.

His sisters, Megan and Emily, also attended Texas A&M. His father, Mike Caruso, has served as the associate athletic director at the school.

He is single and has not spoken anything about his love life.

He earned SEC All-Defensive Team and second-team All-SEC honors during his senior year with the Aggies.

He was a ball boy for the Aggies many years before attending the school.

He played basketball at A&M Consolidated High School, where he was the district MVP.

He was teammates with Lonzo Ball in his rookie year with the Lakers.