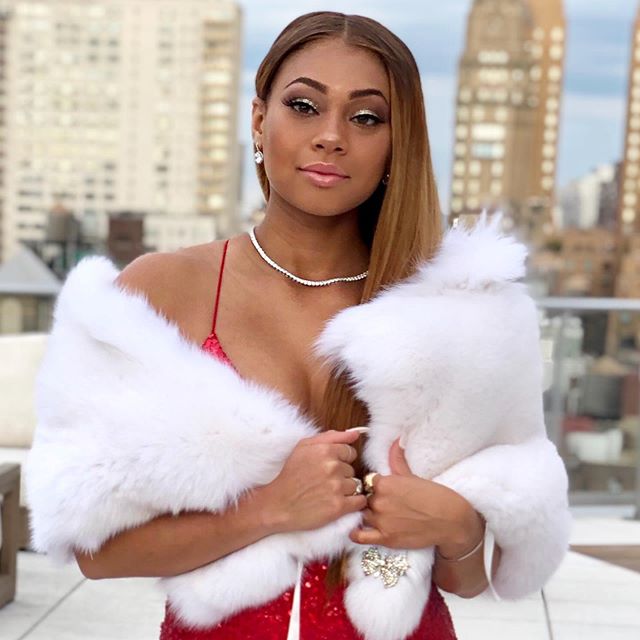 Aisha McShaw (born March 4, 1978) is a well known American Fashion Designer and better known as the lover of Al Sharpton, who is an American civil rights activist, Baptist minister, talk show host, politician and founder of the National Action Network.

Since 2013, she is in a romantic relationship with her boyfriend “Alfred Charles Sharpton Jr.”. Aisha is 23 years younger than her partner. In 2013, they made their relationship public. In 2016, McShaw was described as Sharpton’s “girlfriend of six years”, in an interview. Her boyfriend, Sharpton and his former wife, Kathy Lee Jordan, separated in 2004.

Along with her Boyfriend Al Sharpton, she has attended multiple White House events. The duo were also invited to a state dinner during the Obama administration, in 2014.

Moreover, McShaw also has a daughter, named Laila from one of her previous affairs but McShaw does not share pictures of her on social media. In fact, the details about Laila’s biological father are not in known in public domain.

Aisha McShaw was born on March 4, 1978 in Mount Vernon, New York, The United States of America. She holds American nationality and belongs to mixed ethnicity. Her mother and father information is not known. She has siblings as well. As of education, she is well educated.

Talking about her career, for 11 years, Aisha had a job at Wells Fargo where she works as a personal banker. According to her LinkedIn profile, she entered the fashion industry nearly a decade ago as a wardrobe consultant. Since always, she is very passionate in the art and fashion world. At the age of 16, Aisha worked at millinery shops, Department stores, and boutiques to earn money and raised her living standards. Her very first job was as a wardrobe consultant at Worth New York for ladies. Then, she also launched her eponymous design company which creates clothes for al shapes and sizes.

Her career takes a new kick off start when in 2017, at New York Fashion Week she launched a 46-piece clothing line.

Moreover, her current boyfriend, Al Sharpton and designer Aisha McShaw attend the Aisha McShaw Women’s Ready to Wear Spring/Summer’18 Collection fashion show at Prince George Ballroom on September 6, 2017, in New York City. In fact, she also works with Essence magazine. Then, she also collaborated with, Vernon Martin and celebrity hairstylist for her 2018 collection, with a “Fashion Empowered” theme. Currently, she is very focused on her career.

It is, however, hard to estimate Aisha McShaw’s net worth at the moment. But, one thing, however, that we can all agree on is the fact that her popularity is increasing as the days passes on, and this is estimated to have a significant effect on both her paycheck and net worth. As in 2020, Aisha McShaw ‘s net worth is estimated around approx U.S. $1 Million.