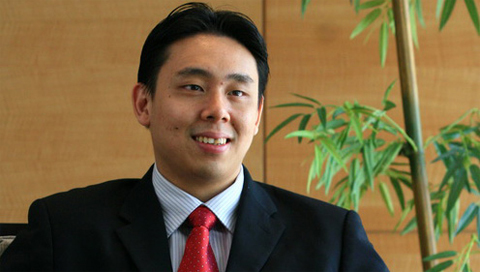 Adam Khoo Yean Ann is one the top 25 richest Singaporean entrepreneur, author, trainer and a stocks and FX trader. Khoo is the Executive chairman and Chief Master Trainer of Adam Khoo Learning Technologies Group, one of Asia’s largest private educational institutions, which runs educational seminars for over 80,000 people annually in 7 countries. His business interests include advertising, corporate training and professional investing. He was conferred the NUS Business School Eminent Business Alumni Award. Tune in bio and explore more about his net worth, height, weight, career, family, wife and many more facts about him.

What is the net worth of Adam Khoo? Khoo is the director of seven other private companies. Between 2009 to 2010, he was also a director of the Singapore Health Promotion Board. He is a member of the Singapore Chapter of the Young Presidents’ Organization, whose membership is available only to business owners below age 50, who run businesses with a minimum annual turnover of US$9 million. Adam Khoo’s net worth is estimated around $250 million.

How old is Adam Khoo? He was born on 8 April 1974 in Singapore. His father name is Vince Khoo and mother name is Betty L. Khoo-Kingsley. He has siblings as well. Due to his poor results at the Primary School Leaving Examination, he did not qualify to enter any of the six secondary schools his parents had chosen. He eventually enrolled in a government school, Ping Yi Secondary School, where he passed only five out of eight academic subjects and finished 156th out of 160 Secondary 1 Express Stream students.

Who is the wife of Adam Khoo? He was married to Sally Koo-Ong in 2000. The couple had two children, Kelly and Samantha. He served in the Republic of Singapore Air Force before studying at the National University of Singapore.

Khoo was ranked among the top 25 richest Singaporeans under age 40 by The Executive magazine, in 2008. In the same year, he was conferred the NUS Business School Eminent Business Alumni Award. Khoo does not believe in taking on consumer debt and prefers starting businesses with zero capital, paying freelance fees or stocks in the beginning until profit is generated. He is a self-made millionaire.