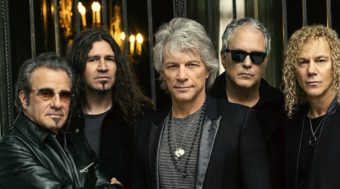 Bon Jovi has now unveiled their 2022 tour. Let’s look at the ticket prices and itinerary for the event. One does not simply listen to Bon Jovi; instead, one must hear their songs in sold-out stadiums!

The band has not performed an official tour since the epidemic, but the members recently announced a 15-show tour where fans will be able to witness the group perform its greatest songs to date.

Are The 2022 Bon Jovi Tickets On Sale Already?

However, if you don’t want to wait until the tickets are available to the public, you may purchase them immediately on sites like StubHub, Vivid Seats, SeatGeek, and MegaSeats.

How Much Are Bon Jovi Tickets?

It’s quite common for tickets on the secondary market to arrive before their public debut. The prices, on the other hand, might be greater than those available to the general public.

The complete list of Bon Jovi’s 2022 tour dates and cities can be seen below.

TikTok: Taylor Swift ‘Feeling 2022’ trend explained and how get involved