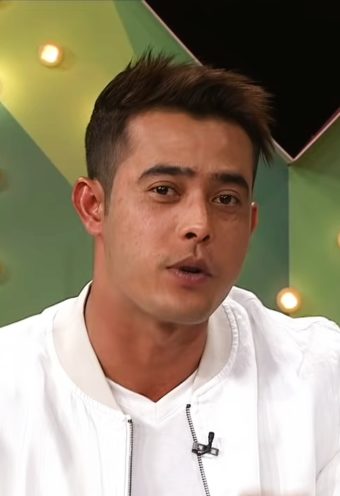 Zul Ariffin is a Malaysian actor and male model. He began his acting career in 2008 as an extra in the Awan Dania drama series, before going on to play Inspector Ashraf in the longest-running police drama series on RTM, Gerak Khas until it was canceled in 2011. In 2010, he played ASP Zam in Evolusi KL Drift 2, his first film appearance.

His career bloomed when he was cast in the series Maid, which aired on Astro Ria. He met Ayda again during a wedding ceremony and got back together with her for the first time since they had split up.

His name started to get attention because of his collaboration with Ayda Jebat in Rindu Awak 200% , which was broadcast on Slot Akasia TV3. The success of this drama brought him back together with Ayda once more through MAID on Astro Ria.

Zul Ariffin was born on 25 October 1986 in Taiping and is the youngest of four children to Ariffin Hassan and Robiah Nasir, he has two sisters and a brother and is of mixed Malay and Dutch heritage.

He aspires to be a member of the Royal Malaysian Navy (RMN), but he was unable to do so because of a fractured shoulder.

He moved from Taiping to Kuala Lumpur in search of employment and was hired as a barista at the Dome Café, a cafenamed he had never heard of, when he was eighteen. She then trained to be a fashion model and began taking part in several runway shows.

How tall is Zul Ariffin? He stands at a height of 1.81m i.e. 5 feet and 11 inches tall. He has a bodyweight of 71kg. Moreover, he has an athletic body build. His eye color and hair color are brown. His sexual orientation is straight. His other body measurement such as chest size, biceps size, and waist size is still got to get revealed yet. Overall, he has got a healthy body.

Zul’s personal life has been extensively discussed in the media since he was previously claimed to have been involved with his fellow Gerak Khas residents, Abby Abadi, when the actress filed for divorce from Norman Hakim in 2009, but their connection crumbled in 2012.

Zul was also connected to well-known film producer Gayatri Su-Lin Pillai, the boss of Superior Screenings, and was reported to be in touch with the film’s producer. Zul chose to cut ties with Gayatri, who is still single and unwed.

He was linked to a new actress in 2015, Zahirah MacWilson, who is the daughter of former TV3 news presenter Zainol MacWilson.

He refuses to discuss his personal life before his career. Their relationship came to an end in 2018, and they each went their separate ways. His mother, Robiah Nasir died of heart disease on December 5th 2017.

Zul Ariffin is also good friends with actor Ashraf Sinclair. “I knew the deceased for a long time, before we plunged into the art industry. “We were cast together in the film J Retribusi after being friends for a long time.

I was amazed at how cheerful and kind he looked in death. Who would’ve thought that someone so wonderful could exist?”, said one of the participants, who wished to be unnamed. His net worth is estimated to be $3 million – $4 million, as of 2022.