Why did Big Meech go to jail? 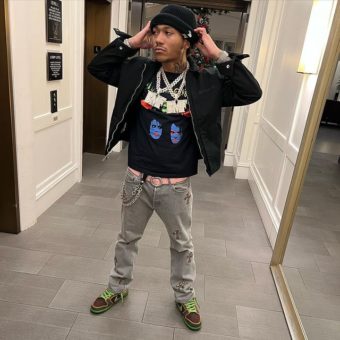 Demetrius Flenory, aka Big Meech, and his younger brother Terry, aka Southwest T, started off selling cocaine at high school before establishing cocaine distribution sales throughout the US.

Who is Big Meech?

Big Meech was born in June 1968 in Cleveland, Ohio. He and his brother Terry formed a large drug organization that distributed multi-kilogram cocaine in many states, which they called the Black Mafia Family.

Terry traveled to Los Angeles in 2001 after a dispute between the brothers, where he established his own business.

Why did Big Meech go to jail?

Both brothers were sentenced to 30 years in prison in 2008 after being found guilty of operating one of the state’s largest drug trafficking and money laundering enterprises. However, Big Meech is scheduled to be released from federal prison in 2028 as a result of changes made to the United States Sentencing Guidelines by amendments 782 and 788.

He was also seen volunteering to assist in the early release of his father in October 2021. A program based on their story debuted on Starz on September 26, with Demetrius Flenory Jr., son of writer and executive producer Randy Huggins, taking on the part of his father.

Where is Big Meech now?

In 2005, Big Meech and Terry were arrested by the Drug Enforcement Administration after being indicted for drug dealing.

In May 2020, Terrence was allowed to go free under house arrest, while Big Meech is incarcerated at the USP Lompoc in California.