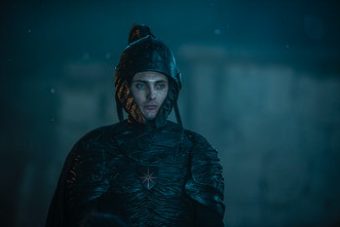 The Witcher 3: Wild Hunt might be one of the best video games ever made, but it’s actually not that far off from The Last Of Us. We explore who the White Flame is in the series, and we discuss why Geralt’s role has changed in season 2 of The Witcher.

The Blood of Elves book by Andrzej Sapkowski serves as the basis for The Witcher’s second season, which is set to begin during the Time of Contempt. After defeating Sodden, Geralt takes Ciri back to Kaer Morhen to keep her safe while she learns. The Witcher series is based on Sapkowski’s books, which were also adapted into a popular video game franchise by CD Projekt Red – a passion that actor Cavill shares.

Who Is The White Flame In The Witcher?

The White Flame is Emhyr var Emreis, the emperor of Nilfgaard and Ciri’s father, who was teased in the early episodes of season 2. Season 2 focuses on Geralt’s duty to protect Ciri, as he smuggles her to Kaer Morhen in order to keep her safe from the numerous dangers that pursue her.

Emhyr var Emreis, who was formerly known as Duny, is revealed to be the White Flame in the last episode of season 2.

The end of the second season depicted Ciri, Yennefer, and Geralt’s first encounter with the Wild Hunt, and it appears that Ciri will have a lot on her hands now that her father has joined the search to find her.

Bart Edwards plays Emhyr var Emreis in The Witcher season 2. According to IMDB, the English actor was educated at The Arts Educational School and belonged to the National Youth Theatre.

He has appeared in a variety of films, including Striptease, Soho Crime and Fortunes’ Mates. He played the role of Maxx in Eastenders and had a recurring part on The Singapore Grip as well as Young Wallander.

Has The Witcher Renewed For Season 3?

Yes, Netflix has stated that The Witcher has been renewed for season 3 during the platform’s TUDUM fan event in September.

Lauren Schmidt Hissrich, who created the show, told TechRadar that the script for season 3 had been finished in late December. However, there’s no word on when filming will begin.

The second season of The Witcher is now available to watch on Netflix.