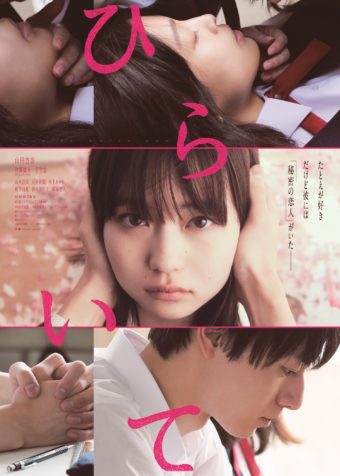 Japanese Movie ‘Hiraite’ is based on novel “Hiraite” by Risa Wataya which was published on July, 2012 by Shinchosha.

Ai (Anna Yamada) is a high school student in the 3rd grade. She’s well-liked among her classmates and is also an academic achiever. Tatoe, her fellow classmate, has a hidden crush on her. Since the first grade of high school, Ai has been attracted to him for his mysterious side and brains. One day, Ai sees Tatoe reading a letter and becomes interested in him again. Miyuki suffers from diabetes and is the sender of the letter. Aware that Tatoe and Miyuki are in a romantic relationship behind everyone’s back, Ai approaches her as though nothing was wrong.