When are Oreo Cakesters coming back in 2022? 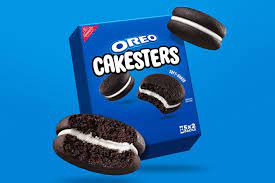 We just celebrated the new year, but Oreo is bringing us back to yesteryear by reintroducing its famous soft cookie, Oreo Cakesters. We’ve got all of the information you need if you’re looking to buy some.

The beloved candy was a favorite among Oreo fans until it was discontinued in 2012. It has returned ten years later, bringing back memories that will never fade as we celebrate the anniversaries of 2000.

The final Blockbuster store in Bend, Oregon, is the site of a special event to commemorate the return of its light snack. On January 7, 2022, it surprised the Blockbuster clients by filling shelves with Oreo Cakesters and larger-than-life Caksters-themed movie posters. Customers who visited the museum got free samples of Oreo Cakesters, which were packaged in vintage VHS tape packaging.

“We hope that the Blockbuster takeover will bring store customers back to 2007, when Cakesters first opened, and the soft-baked treats became a fan favorite,” says VP Marketing Justin Parnell.

Where To Buy The Cakesters?

According to a press release, the first batches of Oreo Cakesters will be available at select retailers by the second week of January. You may discover more information on Oreo’s official website here. You may search for a specific brand of soft snack using the web site’s price comparisons, which will give you information on what retailers sell it.

When the Oreo Cakesters are back in stock, you’ll be able to purchase them on Amazon. You will, however, have to pay a delivery charge.

Each pack contains five 2-count packs, each pack containing two individual cakes. The cost is $3.69 and the shipping fee is free within the United States when you buy a box of 10.1 ounces (294 grams) or more and spend at least $19 on other products – otherwise, it will be about $4 for a single cake ($2 in Canada).

Will They Be Discontinued Again?

Don’t be concerned, because the retro snack isn’t going away. Oreo Cakesters are being reintroduced permanently to the brand’s existing selection, which is good news for fans.