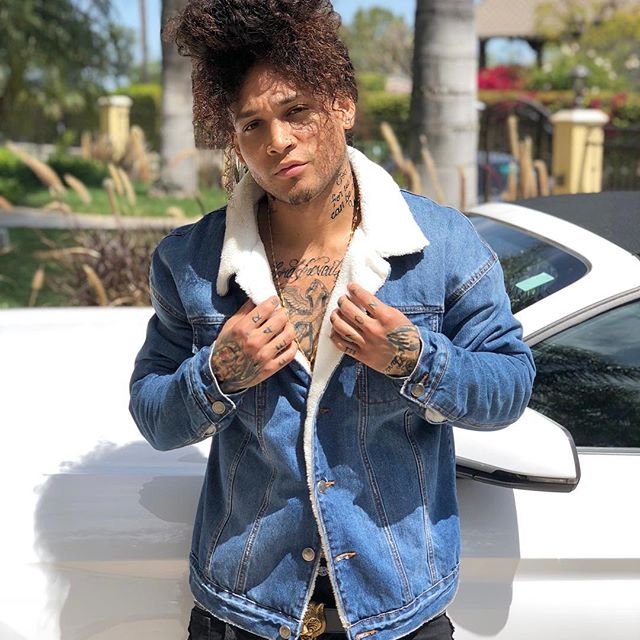 Tre Carter aka Larry Matthews Carter who loves to share his and his girlfriend ‘Alondra Dessy’ daily little activities with fans on his YouTube channel under user name ‘TRE & ALO’. He has over 1.14 million subscribers on his channel. He also recognized as a musician and rapper. He compose his songs and share with his fans as well. He is also a good friend of famous youtuber ‘Austin Mcbroom‘. As of 2019, Tre Carter has surpassed over 84,525,893 views on his youtube channel and also earned a ton of followers and praise for his videos. He has over 460 K+ followers on his instagram account. He is also pretty active on twitter and snapchat as well. His Snapchat user id is ‘TREPLYRICALLY’. He is also the brand ambassador of ‘Fashion Nova Men’. Tune in biography!

Tre Carter was in relationship with his girlfriend ‘Alondra Dessy’. She was better half of Tre and helps him in creating his youtube videos. The duo was in official relationship and regularly share their relationship status on social media platforms. Alondra is a makeup enthusiast and a fashion blogger. Recently, they called off their relation because and she has now publicly accused him of cheating on her. She tweeted, “You settle for less and still get f***ed over. I don’t get it. The AUDACITY of some people….I’m honestly LIVID. How can you cheat on your “dream girl”? LOL I’M DOOOOOONE. God don’t like ugly. You’re only sorry you got caught. I hate when people act like the victim when everything was 100% their fault.”

How much is the net worth of 27-year-old Tre Carter? His net worth is estimated around $500 -$600 K. His primary source of income is from his youtube channel. He has more than 1.12 million subscribers on his channel with an average of 125,383 views daily and earns an estimated $11.3K – $180.6K in a year form there. He also makes a decent amount of money from sponsors. He charges for sponsorship is between $1,108.5 – $1,847.5. He also paid for her Instagram posts from the advertisers and pay a certain amount for the post they make. He also owns from his own merchandise and prices of the merchandise range from $20 to $50.

Tre Carter was born on July 8, 1993 in California. He holds an American nationality and belongs to mixed ethnicity. He was raised with his father and mother. His mother name is Lisa. He has a younger brother and a sister. He regularly shares his photos with his siblings on instagram accounts. As per his education, he is graduated.

On May 6, 2009, Tre Carter started his youtube channel. On July 29, 2017, he uploaded his first video titled “Tre Carter – Feeling Godly.” As of now, he uploads various pranks, challenges, reactions, comedy videos and vlogs. His channel most viewed and popular video is “TRE CARTER – ROCKSTAR (prodbytakeoff)” . Approx more than 3 million people viewed this video. He has million of subscribers on his channel. He uploads videos three to four times a week. He is also best known for his rapping and songs composition.