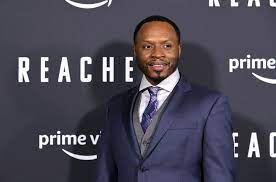 After seeing the phrase “tittynope” in Netflix’s new comedy, Murderville, you’re not alone. Will Arnett stars alongside a group of celebrities in this week’s release of Netflix’s latest offering, Murderville, which features him teamed with them to attempt to solve a murder case.

The celebrity associate is not given a script, and as a result, some hilarious moments emerge. The inclusion of the term “tittynope” in the feature has had fans laughing out loud. Let’s have a peek…

In the first episode of The Magician’s Assistant, the phrase is introduced to Murderville audiences for the first time.

In the episode, Will Arnet, portrayed by police detective Terry Seatle, teams up with his celebrity trainee Conan O’Brien to examine a magic show murder case. The two come to the conclusion that “tittynope” would be O’Brien’s safeword while he went undercover as he spoke with a suspect during the investigation.

The suspect later approaches Officer O’Brien, who introduces himself as Todd Caringtonbergsonfield from Idaho. His cover is blown when he is forced to utilize “tittynope” as a cover name.

On the show, a “tittynope” is described as “a tiny amount of leftovers,” such as the crumbs at the end of a packet of crisps or that little bit of drink remaining in a can.

The English word tit-ee-n-oh-p is said to be an old term originating from the word tittle, which refers to a tiny stroke or dot in writing.

While its meaning is innocent, the term isn’t one that is commonly used today, especially because the first part of the phrase might suggest other connotations. In 2020, Dictionary.com included it in a list of words that “sound dirtier than they are.”

Dr Headwood’s fate explored in Snowpiercer: Is he died