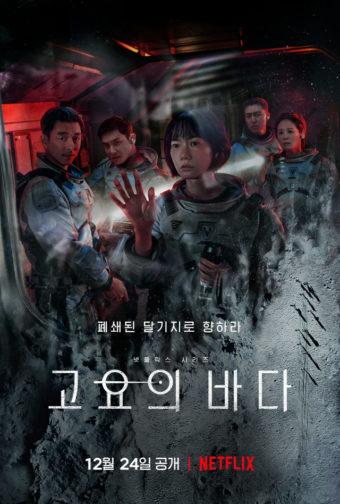 The Netflix original South Korean series The Silent Sea appears to be yet another fantastic addition to the streaming service’s roster of excellent original programs, and people on a mission to learn more about the science fiction mystery have arrived at the correct spot.

Netflix is brimming with fascinating programs from all over the world, and several of their best series originate in South Korea. Squid Game, Hellbound, Kingdom, and Sweet Home are just a few of the outstanding Netflix original shows available, and The Silent Sea looks like it will be another instantly engrossing thriller that will keep viewers glued to their screens until the end.

The well-written collection is an adaption of the short film The Sea of Tranquility, which was written and directed by Choi Hang-Yong, who helmed the Netflix series. In a fascinating future where the Earth has been severely droughtified owing to extreme desertification, a lack of food and water has emerged.

On Netflix, the premiere date for The Silent Sea is set for Dec. 24, 2021. On the Geeked Twitter feed, Netflix announced the release date reveal.

The actual cast of The Silent Sea, which includes some well-known actors from Netflix’s other hit series, is listed below. Kingdom’s Bae Doona and Squid Game’s Gong Yoo and Heo Sung-tae are among the characters in The sci-fi drama.

Here is the official synopsis for The Silent Sea via Netflix:

From the creators of “Robopocalypse.” During a perilous 24-hour excursion on the moon, space explorers attempt to retrieve samples from an abandoned research facility rife with top-secret information.

Check out the trailer of the upcoming show The Silent Sea: