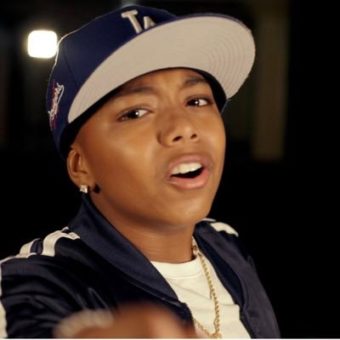 Thaddeus J. Mixson, better known as Papa J. Mixson, is an American actor, singer, rapper, and dancer who got his start at the age of five on the Live Show “Baby Talk.” When he was seven years old, he was seen rapping and dancing on NBC’s show “Little Big Shots,” where he had been performing since he was five.

Thaddeus J Mixson also has a YouTube channel where he posts his cover songs and original works. He is now starring in the Disney Plus Film “Safety” after demonstrating his talent for acting through the 2014 film “The Grind.”

Who Is Thaddeus J Mixson?

Thaddeus decided to go by the name of Papa J. Mixson for his music career, inspired by a local radio DJ who called himself “Papa Joe.” He formed the moniker with assistance from his father, calling him Papa and his middle name, James.

At the moment, we do not know his birthday.

What is Thaddeus J Mixson’s height? Thaddeus is a growing youngster, he stands at a height of 5 feet 8 Inches tall. He weighs around 60 Kg. On Instagram, he has 22K followers.

Mixson belongs to an African-American ethnical background. Further, he is American by nationality.
The actor has a well-written career summary on IMDb with three acting credits but lacks a Wikipedia bio for now.

Some Facts About Thaddeus J Mixson