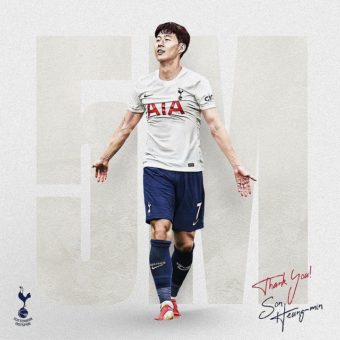 Son Heung-min is a Korean Forward and winger who’s played for Tottenham Hotspur and Bayer Leverkusen. He became a member of the South Korean national team in 2010. He dropped out of Dongbuk High School’s football club, in 2008. He joined Premier League club Tottenham Hotspur for £22 million (€30 million) on a five-year contract, in 2015. Currently, he had a poor start to the 2022–23 season, failing to score any goal in the first eight games and proving only one assist.

Son has announced that he will not marry. He’s dated K-pop singers Bang Min-ah and Yoo So-young and is currently single. Because of the COVID-19 pandemic, Son was able to finish South Korean military service while on suspension from football.

Also, Son Heung-min’s ideal type is someone, who has a bright personality and is full of life. He also likes someone who is passionate about what they do, whether it be work or hobbies. Additionally, he prefers someone who can understand him and accept him for who he is without judgement.

As of 2021, Son Heung-min has a net worth is estimated to be $22 million which is a decent value for most players. He last signed a new contract recently with Tottenham that goes on till 2025. He currently earns £140,000-per-week which amounts to £7.28million per year.