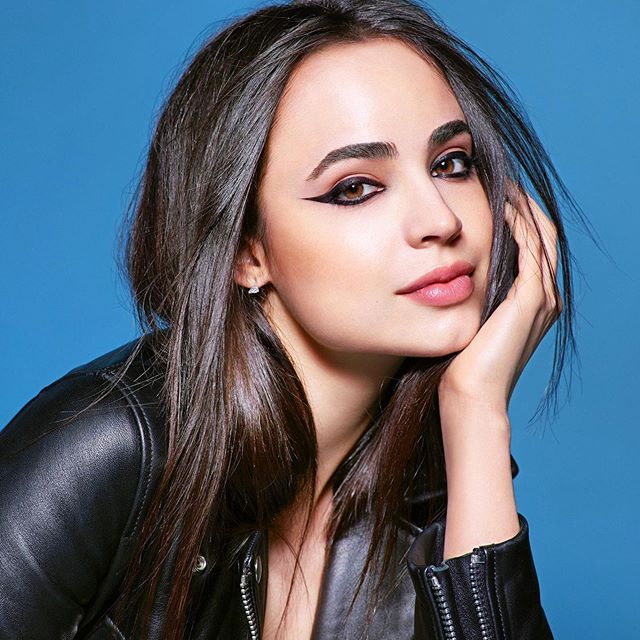 Sofia Carson is an American actress and singer who was born in Ft. Lauderdale, Florida. Nowadays, she casts in the Top Ten Netflix feature film Feel the Beat. She rose to prominence for her role of “Evie” on Disney’s Descendants and the Freeform television series Pretty Little Liars: The Perfectionists. Carson is signed to Hollywood Records/Republic Records and recently released her latest single “Miss U More Than U Know”, which has picked up more than 4.5 million streams to date. Beside this, Carson is a Global Ambassador for Revlon. She is repped by WME, Ziffren Brittenham and Kleinberg Lange Cuddy & Carlo. Other than all this fame, she is very popular on social media platforms. Carson has over 18 million followers on social media, over 1.5 billion streams of her music and over 2M subscribers to her YouTube Channel. Tune in biography!

How old is Sofia Carson? She is 27-years old. She was born on April 10, 1993 in Ft. Lauderdale, Florida. She holds American nationality and belongs to mixed ethnicity.

How tall is Austin & Ally actress Sofia Carson? She stands on a height of 5 feet 4 inches tall or 1.63 cm. She weighs around 55 Kg or 121 lbs. Sofia Carson is a Perfectionists and fashionista for today’s youth.

Who is the current boyfriend of ‘Descendants’ star Sofia Carson? Paradoxically, the fanciable actress Sofia Carson is currently single and not dating any one at these moments, but that’s most likely just because she’s too busy starring in all of your favorite shows and movies.

Carson was born to her parents José F. Daccarett and Laura Char. Soon , after the birth of Sofia her parents settled in the United States. The stunning actress attended St. Hugh School. She did her graduation from Carrollton School of the Sacred Heart in Miami.

Moreover, she attended In Motion Dance Studio, where she was part of the IMPAC Youth Ensemble program, competing all over the United States. Afterwards, she attended UCLA, majoring in communications with a minor in French.

Talking about his career, Carson was signed with BMI as a “singer-songwriter” in back 2012. After this, she launched her acting career in 2014. She appearance on television as a guest star, playing Chelsea, on the Disney Channel series Austin & Ally. Later, in 2016, she portrayed the role of ‘Evie’ in the Disney Channel Original Movie Descendants, and later reprised her role in Descendants 2 in 2017 and Descendants 3, in 2019. Currently, she have landed the lead roles as star-crossed lovers in the Adam Goodman and Michael Bay pandemic thriller production ‘Songbird’ which started filming in Los Angeles. In addition, she would be starring in the television series Pretty Little Liars: The Perfectionists, in the role of ‘Ava Jalali’.

How much is the net worth of Sofia Carson? Her worth is estimated around $20 million. Acting is her primary source of income.