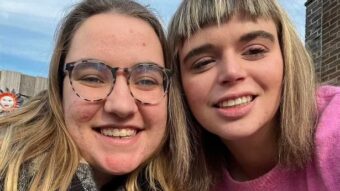 Shanti De Corte opted to be euthanised amid enduring mental health struggles after Brussels attacks in 2016. Shanti was 17 when she narrowly escaped the Brussels terrorist attacks in 2016, leaving her with a psychological trauma. Shanti emerged physically unscathed but suffered from severe depression and PTSD, which compelled her to try suicide twice. The 23-year-old was put down earlier this year, following Belgian law under stringent circumstances. Shanti De Corte 2016 Brussels Survivor Bio, Wiki, Now & more.

Shanti De Corte, 23, was unharmed in the 2016 Islamic State terrorist attack on the Belgian airport in Zaventem that killed 32 people and injured more than 300. De Corte was walking through the departures lounge with her school classmates ahead of a trip to Italy at the time of detonation.

Shanti was unable to shake the spectre of depression and attempted suicide on two separate occasions in 2018 and 2020, despite attending a psychiatric hospital in her home town of Antwerp for rehabilitation and taking a variety of anti-depressant medications.

In April, the sick teenager chose to be euthanized, which is permissible in Belgium and took place on May 7th, 2022 after two psychiatrists gave their approval.

Shanti De Corte, 23, never recovered from the psychological trauma after she narrowly escaped the March 22, 2016 terror attacks in Belgium.

As of Oct 2022, Shanti’s tragic story was brought to light earlier this week when her mother Marielle told Belgian outlet VRT of her daughter’s pain.

Shanti frequently recalled her experiences following the bombing on social media and spoke of her struggles dealing with her declining mental health. In one post she wrote: ‘I get a few medications for breakfast. And up to 11 antidepressants a day. I couldn’t live without it.

‘With all the medications I take, I feel like a ghost that can’t feel anything anymore. Maybe there were other solutions than medications.’

The 23-year-old had been suffering from severe depression before she decided to take her own life, according to her school psychologist.