Is It Worth Pulling For Sangonomiya Kokomi In Genshin Impact? 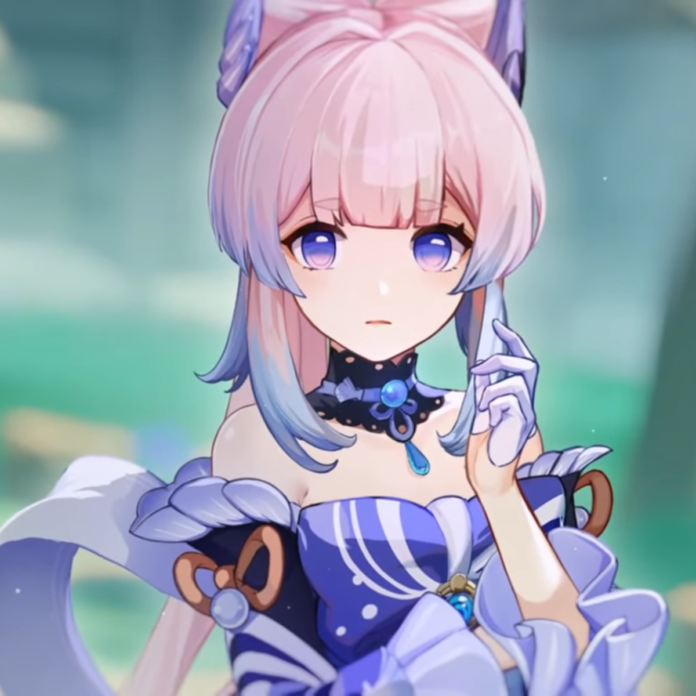 Kokomi’s recent metamorphosis from an ordinary unit to a fantastic one was made possible by the new artifact Ocean-Hued Clam. The Divine Priestess may operate as both an offensive and defensive member of the team thanks to her flexibility.

Sangonomiya Kokomi is a flexible Genshin Impact unit, but bear in mind the following before acquiring her. Since her debut in Genshin Impact, Sangonomiya Kokomi has traveled a long way. Kokomi’s new artifact, the Ocean-Hued Clam, has recently changed her from an average to an outstanding unit. The Divine Priestess can play numerous roles for your team and excels at both offense and defense.

If you’re in desperate need of a healer, Sangonomiya Kokomi is certainly someone to pull for. However, before you start pulling for a character, there are several things to consider. Here’s what you need to know about wishing for Kokomi in Genshin Impact.

Is It Worth Pulling For Sangonomiya Kokomi In Genshin Impact?
In Genshin Impact, the Sangonomiya Kokomi is a wonderful component. She’s undoubtedly one of the best healers in the game, and she can also function as a sub-DPS in the party. When the Watatsumi Priestess activates her Elemental Burst, she is capable of dealing tremendous damage thanks to the Ocean-Hued Clam’s bonus damage. However, there are a few things to bear in mind before pulling for Kokomi, as listed below.

Sangonomiya Kokomi Is Awkward To Build

Sangonomiya Kokomi doesn’t require a Critical rating because she isn’t intended to crit. This implies that other factors like HP%, Energy Recharge, ATK%, and Elemental Mastery could be prioritized. While this may appear to be nice and “easy,” players will most likely receive more Crit artifacts while farming for Ocean-Hued Clam than they would in order to obtain the stats they need.

while Kokomi may not require a Critical Artifact, she does require a Healing Bonus Circlet. This primary stat is one of the rarest drops in Genshin Impact. So don’t underestimate how challenging or time-consuming it will be to farm for Sangonomiya Kokomi. Unless players are extremely fortunate, they may find themselves having a harder time farming for her than other characters.

Fortunately, while her relics may be a pain to acquire, Kokomi’s weapon in Genshin Impact is very affordable. Other than her premium Catalyst, Everlasting Moonglow, Travelers can simply equip Kokomi with the forgeable weapon Prototype Amber. HP% sub-stat, as well as a passive that aids in Kokomi’s energy regeneration.

The 3-star Genshin Impact weapon Thrilling Tales of Dragon Slayers is an obvious option if players want to use Kokomi as a buffer. This weapon also has a sub-stat that reduces HP%, so it won’t interfere with the Priestess’ healing. Meanwhile, Kokomi may utilize Hakushin Ring (also forgeable) to boost both Electro and Hydro damage in an Electro-Charged team.

The following are the strengths and limitations of Kokomo:

The responsibilities you can assume depend on your talents and preferences. You may fill a variety of positions in the party.
Healing is possible, even if she’s not in her Burst state.
The application does not lagging or crashing.

The elemental burst is what lets your character melt through mobs of monsters.
Limit field time to get the most out of Ocean-Hued Clam.
It takes some getting used to, but keeping track of how long each skill lasts is something that must be learned.

As a healer, Sangonomiya Kokomi may be easily inserted into any Genshin Impact team composition that demands the role. Following that, Kokomi can be customized to the players’ requirements.

The Divine Priestess might function as a buffer, support, or subskill. This adaptability allows Kokomi to fit in a variety of team configurations.