Who Is The Wife Of Samuel L. Jackson, LaTanya Richardson Jackson? 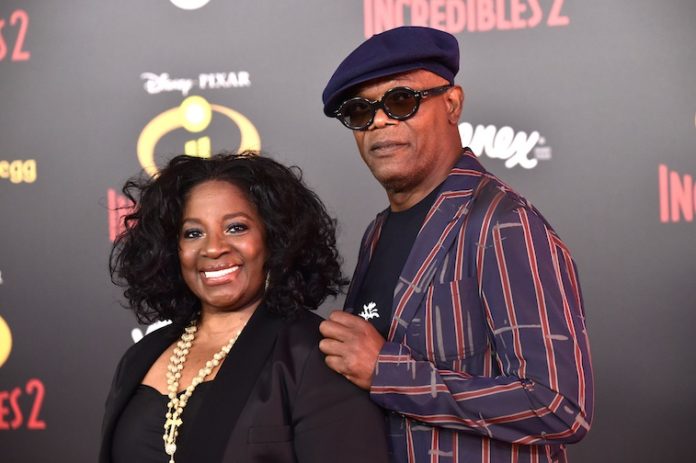 The duo has been married for 41 years, thanks to the agreement they made to remain together forever when they said “I do.” “In the beginning, we always said the most revolutionary thing that Black people could do was stay together, raise their children with the nucleus of having a father and a mother, since everybody likes to pretend that that’s not the dynamic of the African American family. That it’s just children out here being raised by women, which we know is false,” LaTanya told People in a joint interview published on Wednesday.

“In order to change that narrative, we made a decision to say, ‘We are going to stay together no matter what. We’ll figure it out.”

Samuel L. Jackson and LaTanya Richardson Jackson made a vow to stick together in the face of adversity when they first met.

The film star and Tony-nominated actress who are the proud parents of Zoe, 39, met in college and have been together ever since. The couple, who were married for 41 years at the time of their interview with PEOPLE this week, sat down for an intimate conversation about their love and current existence. Who Is The Wife Of Samuel L. Jackson, LaTanya Richardson Jackson?

LaTanya Richardson Jackson’s husband echoed that sentiment, telling the outlet, “It’s two people who respect each other, love each other and look out for each other.”
In 1970, the pair met while attending college in Atlanta. After ten years of marriage, they renewed their vows.

At the same time, there are several accounts of LaTanya’s steadfastness in her devotion to her husband. During the late 1980s, when the actor’s addictions began to spiral out of control, she put her promise to stay by his side “in good times and bad.”

Samuel attributes his success in entering rehabilitation to his wife, who convinced him to do so in the early 1990s and took care of their children while he was clean. The movie actor has been clean for over 30 years. “She gave me the chance to be the man I was supposed to be,” he gushed.

Samuel’s life changed after he exited treatment. He was cast in Spike Lee’s 1991 film “Jungle Fever,” and his career soared. To date, Samuel has grossed over $18 billion worldwide in films. “Coming from the kind of backgrounds we come from, and the people that raised us, we learn that we’re not better than anybody else,” the humble actor explained. “A job is a job. We were fortunate enough to have a job.”

LaTanya – who scored a Tony nomination in 2014 for her starring role in “A Raisin in the Sun” – noted that her husband is truly a one-of-a-kind actor because he “loves every job” he does. “’Snakes on a Plane,’ I’m like, ‘Really?’” she joked. Despite “how busy” they still are in their “seventh decade,” the couple always makes time for family.

They went on to say that they take time off in July to spend quality time with their 39-year-old daughter, Zoe.

Read Also: Miona and Jibri: ‘90 Day Fiancé’ Back for Season 9